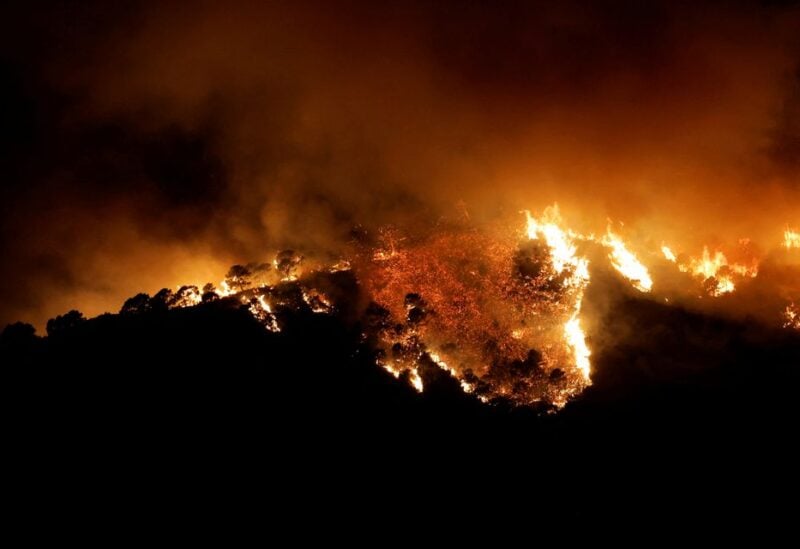 Authorities reported a wildfire in the mountains of southern Spain prompted the evacuation of 2,000 people from the town center of Benahavis and injured three firemen.

The fire broke out on the slopes of Pujerra mountain in the Sierra Bermeja, above the Costa del Sol, a popular tourist destination on the Andalusia coast, on Wednesday afternoon, according to Andalusia’s Wildfire Department (INFOCA).

Hot summer weather and adverse winds are stoking the blaze, it said in a post late on Wednesday.

Emergency services set up tents in the town of 7,000, but most of the evacuees found shelter with relatives or at hotels.

As many as 200 firemen from the department together with 100 military personnel and 50 firefighters from other Costa del Sol towns are battling the fire.

Spotter aircraft were over the area early on Thursday.

“Sadly, we have to report that three firefighters from INFOCA suffered burns of different kinds and one of them has 25% of his body burned and was evacuated to Malaga hospital,” Andalusia’s regional president Juanma Moreno told reporters.

Another wildfire ravaged that same mountain range in September, reducing at least 7,780 hectares (30 square miles) of woods and bushes to ashes in days. About 1,000 firefighters backed by some 50 aircraft worked to put out that blaze.