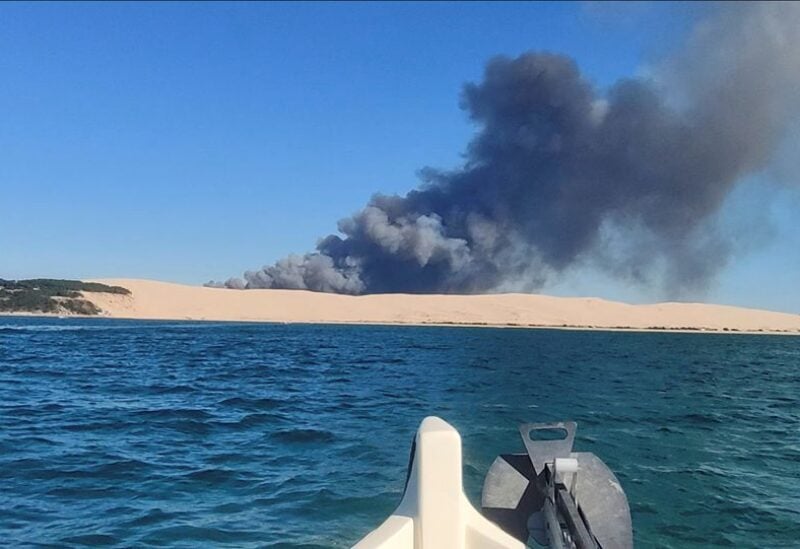 On Thursday, over 1,000 firefighters were struggling to contain two wildfires in southwest France that have already consumed nearly 4,000 hectares with the help of six water-bomber aircraft.

The Gironde department’s local government claimed that the fires, which broke out on Tuesday, were still out of control and that no casualties had been reported.

France, already hit by a series of wildfires over the last few weeks, is suffering – like the rest of Europe – from a second heatwave in as many months.

“Since the start of the year, 15,000 hectares have been burnt in the country, versus a little less than 1,000 hectares at the same date last year … nine fires out of 10 have a human cause,” Interior minister Gerald Darmanin told reporters on Wednesday night.

Elsewhere in Europe, thousands of firefighters battled more than 20 blazes that raged on Wednesday across Portugal and western Spain, menacing villages and disrupting tourists’ holidays amid a heatwave that pushed temperatures above 45 degrees Celsius (113 degrees Fahrenheit) in some parts of the region.

The biggest of the two Gironde fires is around the town of Landiras, south of Bordeaux, where roads have been closed and 500 residents evacuated, with the blaze having already burnt 2,100 hectares (5,190 acres).

The other one is along the Atlantic Coast, close to the iconic “Dune du Pilat” – the tallest sand dune in Europe – located in the Arcachon Bay area, above which heavy clouds of dark smoke were seen rising in the sky.

That fire has already burnt 1,750 hectares and led to the preventive evacuation on Wednesday of 6,000 people from five surrounding campsites. Another 60 people were evacuated early on Thursday.