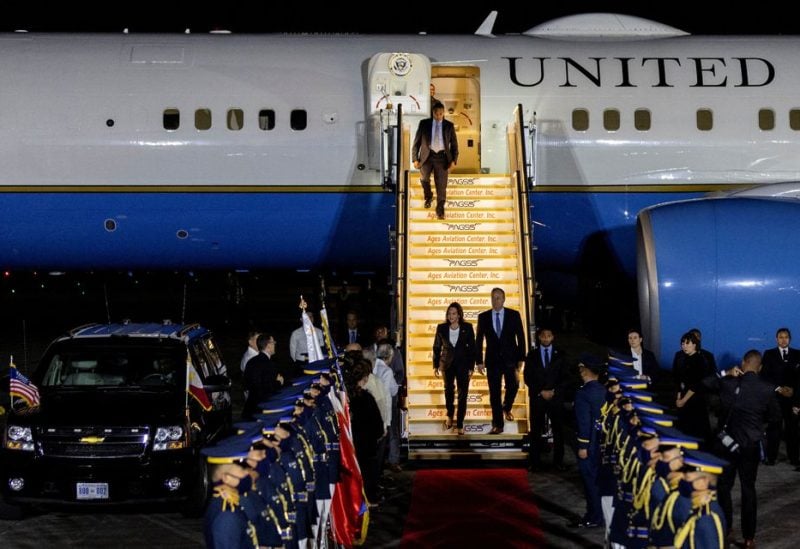 U.S. Vice President Kamala Harris landed in the Philippines on Sunday for meetings intended to thaw relations with the former colony, an Asian ally that is essential to U.S. efforts to offset China’s increasingly assertive policies towards Taiwan.

The Biden administration is working to strengthen ties with allies concerned about the rise of Chinese influence in Southeast Asia and potential confrontation over Taiwan, the independent island that China claims as its own. While in the region, Harris will see President Ferdinand Marcos Jr.

The Philippines is an important part of this diplomatic push. Military access to the country, just 120 miles (193 km)from Taiwan and adjacent to the South China Sea, would greatly complicate any attempt by China to invade Taiwan, according to military analysts.

In Marcos, son and namesake of the Philippines’ onetime dictator, President Joe Biden and his national security aides see a strategic and strong ally for its top foreign policy challenge – competition with China – according to administration officials.

“It makes sense to invest high-level attention to restore deepened cooperation across the board with this youthful, populous, prospering, and strategically located ally,” said Daniel Russel, the top U.S. diplomat for East Asia under former President Barack Obama and now with the Asia Society.

Earlier, Harris said she had told China’s President Xi Jinping, whom she met on Saturday at the APEC summit in Thailand, that Washington did not seek confrontation with China.

“We welcome competition but we do not see conflict, we do not seek confrontation,” Harris told a news conference in Bangkok before leaving for Manila.