With same size and luxuries … China revives the “unsinkable Titanic 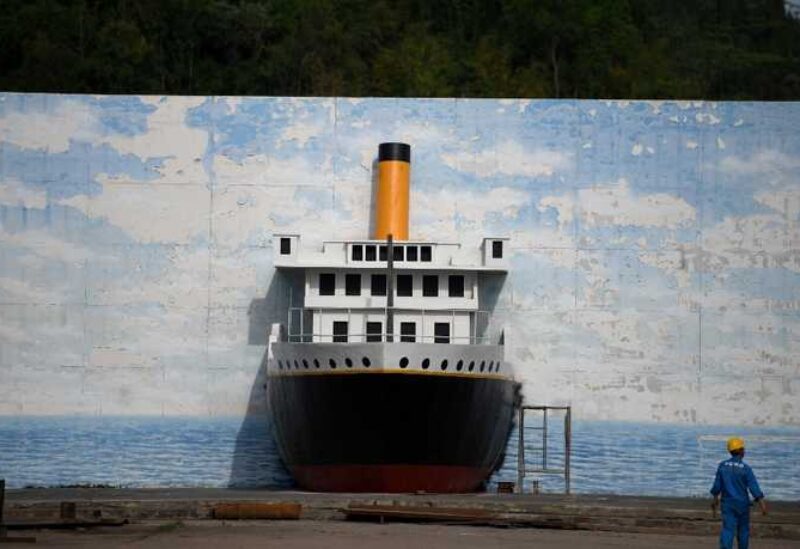 Fans of the epic movie “Titanic” can now experience riding this amazing ship, which was considered an industrial and artistic masterpiece when it first appeared before setting sail on its first and last voyage.

According to CNN, China was able to create an exact replica of that ship, which it called the ” Unsinkable Titanic” which is exactly the same size as the original ship, with a length of 269.06 meters (882 feet) and a width of 28.19 meters (92 feet) ).

The ship is anchored at the main axis of the “Romandsia” theme park in Sichuan province, and contains the same amenities and entertainment as the sinking ship, including banquet halls, theaters, observation decks and a swimming pool.

But the new ship will not move from its place in the Zhejiang River, which is about 130 kilometers from Chengdu and hundreds of miles from the sea.

The competent authorities have not yet announced the opening date of the project to the public and tourists, noting that work on that ship had begun in 2016, and according to Agence France-Presse, its construction consumed 23 tons of steel, while its cost amounted to one billion yuan ($ 153.5 million). .

The Chinese ship is not the only copy of the original “Titanic”. In 2018, the Australian “Blue Star Line” company announced the resumption of work on the “Titanic Two,” after a long delay, and that ship includes 835 cabin with a capacity of 2,435 passengers.

The first flight of the Australian ship is scheduled to take off in 2022, but it seems that it may be delayed due to the repercussions of the emerging Covid-19 virus.

It should be noted that the original Titanic had sailed on its first and last voyage from the port of Southampton in England, bound for New York on April 10, 1912, and at that time it was considered the largest floating passenger ship.

Four days after sailing, and in the middle of April 14, the ship collided with an iceberg, causing it to sink in less than three hours.

According to the US Senate report on the Titanic disaster, 1,517 people out of 2,223 passengers and crew died.