With War Next Door, Finland, Sweden Train with NATO 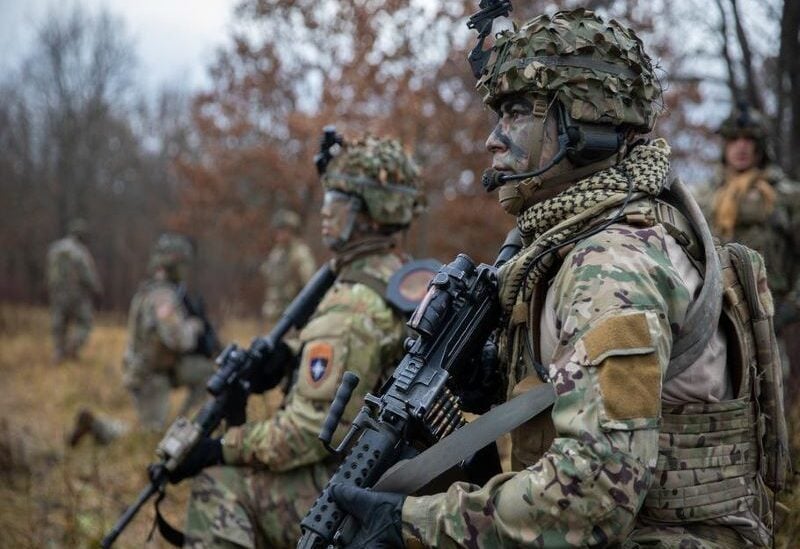 As they prepare to train alongside their NATO brothers-in-arms, Finnish troops show off their military might, lining up rocket launchers, artillery and snowmobiles, in a muddy car park in Norway’s Far North.

While Finland and Sweden’s partnership with the Atlantic Alliance is nothing new, Russia’s invasion of Ukraine has pushed the two militarily non-aligned nations to deepen their cooperation with NATO even further.

Like the previous times Norway has organized the exercise, Stockholm and Helsinki have sent large contingents: 1,600 Swedish troops and 680 Finns.

“This is even more important this year because of Ukraine and the situation in our part of the world,” Lieutenant Colonel Stefan Hedmark, head of the Swedish military’s exercise planning, told AFP.

Nordic nations, whether NATO members or not, are used to cooperating closely. They share the same values, interests and cultures — and the same neighbor to the east, Russia.

“We are more or less like a family now,” Hedmark said.

“You don’t always agree but you have a bond and… you have to take care of each other.”

“This is the core family,” agrees Finnish General Manu Tuominen.

“But of course there are distant family members in any family, and we welcome all the European friends and even transatlantic cooperation in this regard,” he said.

For Sweden and Finland, taking part in Cold Response is not aimed at learning how to fight in challenging conditions, which are the same at home as in Norway.

Instead, their participation is aimed at boosting their “interoperability”, or ability to fight a war together with other Western countries.
Russia’s invasion of Ukraine has shifted public opinion in the two Nordic nations.

For the first time, a majority of Swedes and Finns have come out in favor of joining NATO, according to opinion polls published since late February.

Military officers from the two nations refuse to comment publicly on the politically-sensitive matter, but insist that if and when the time comes for NATO membership, they’ll be ready.

Stockholm and Helsinki have both ruled out joining for now, though the issue has been the subject of extensive political discussions in Finland.

If the Nordic countries were to join NATO, it would “have serious military and political repercussions,” Russia’s foreign ministry warned in late February.

“This is an exercise that has been planned for a long time,” Swedish Prime Minister Magdalena Andersson insisted as she visited her country’s troops on Monday.

But it’s clear that with the security situation we have now, we’re sending an important signal that there is cooperation and a preparedness to defend our territory,” she said.

In a tangible sign of their close ties, Finnish, Swedish and Norwegian troops will soon wear the same uniform adapted to Arctic conditions, albeit with different camouflage patterns.

“I can assure you, on a daily basis … we have a close cooperation already and the participation in this exercise is a strong signal”, said General Jorg Vollmer, who commands NATO’s Northern flank.

“We already train together, although they are short of being members,” he said.

“We are looking forward (to seeing) how this decision will be made”.