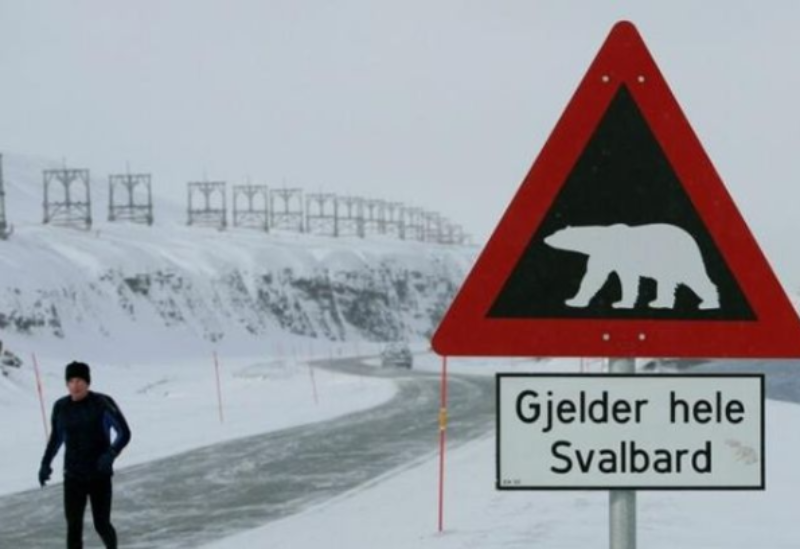 The woman, who was not identified, was part of a tour group of 25 people who were camping at Sveasletta, in the central part of the Svalbard archipelago, which sits more than 800 kilometers (500 miles) north of the Norwegian mainland. The campsite was located across a fjord from Longyearbyen, the main settlement in the Arctic Svalbard archipelago.

Authorities responded to the news of the attack which came in shortly before 8:30 a.m. by flying out there in a helicopter, chief superintendent Stein Olav Bredli.

“The French woman suffered injuries to an arm. Shots were fired at the polar bear, which was scared away from the area,” he said. Further details on her injuries weren’t disclosed. She was flown by helicopter to the hospital in Longyearbyen.

Bredli said the polar bear was injured and “our people on site are considering what to do with it.”

Svalbard is dotted with warnings about polar bears. Visitors who choose to sleep outdoors receive stern warnings from authorities that people must carry firearms. At least five people have been killed by polar bears since the 1970s. The last time it happened was in 2020, when a 38-year-old Dutchman was killed.

In 2015, a polar bear dragged a Czech tourist out of his tent as he and others were camping north of Longyearbyen, clawing his back before being driven away by gunshots. The bear was later found and killed by authorities.