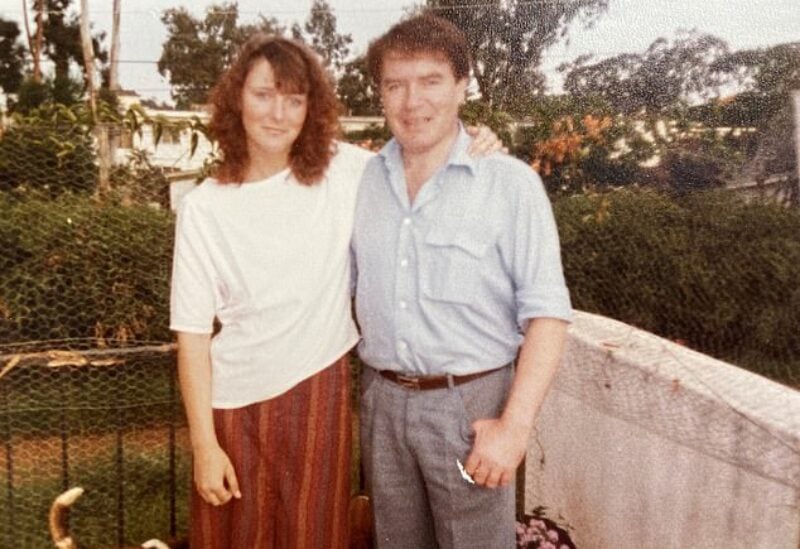 A woman who was force fed bootleg alcohol and continuously raped by her scientist father from the age of 11 has recalled her childhood in a devastating new book, the Mail reported on Wednesday.

On the face of it, Kim Chown, now 56, from Darlington, County Durham, was the daughter of a respectable scientist and university lecturer who worked around the developing world, moving from Nigeria, Sudan and Brunei to Papua New Guinea and the Atlantic island of St Helena.

Behind closed doors, Kim lived a life of rape, sexual abuse and botched DIY abortions all at the hands of her paedophile father.

Francis Beaumont, known as Bernard, a microbiologist and histology expert who was an “esteemed lecturer at universities around the world”, even threatened to dissolve his daughter Kim in an acid bath if she ever spoke of the sickening years of abuse she had endured.

Kim’s parents married in 1960, and she spent her early years in the Sudan and Nigeria with both her parents, who separated in 1968, with her mother taking her 4 children back to Leeds.

At the age of 11, Kim’s father took her away for what was meant to be a 6-week holiday to Kenya, but he kept her with him to endure sickening practices of abuse.

In 2018, he was finally brought to justice and incarcerated for 20 years over 5 counts of rape, after Kim’s husband ultimately convinced her to report him to the police.

Kim said her late mother, who died of a heart attack in 2007, was also mentally and emotionally abused by her father and “struggled with life”.

Kim’s book, entitled Who Will Believe You? details how she was taken thousands of miles from her home in Leeds to Nairobi, Kenya to live with predatory Beaumont.

She was compelled to endure years of horrendous mental and sexual abuse and as a young teenager underwent 2 abortions.

Bernard Beaumont forced her to drink home brewed beer and wine laced with pure alcohol which he took from the laboratories where he worked, and dressed her up in adult lingerie before raping and abusing her for hours on end.

The first time he dressed her up, she told how Beaumont used a sex toy to penetrate her, claiming he would “do it himself” but she was a “little too young yet” and he “had morals” and “didn’t want blood all over him”.

“He told me I would be dissolved in acid if I ever told and that the only thing that would be left of me would be my teeth. Nobody would ever know that I existed.”

When she was just 15-years-old, and despite being forced to take the contraceptive pill, Kim became pregnant and had to endure the harrowing ordeal of having an abortion in an African country where the procedure was illegal.

When he estimated she was 12 weeks gone, Kim told how her father ordered her to lie on her back with the legs in the air, at which point he shoved a coat hanger inside her to “poke this thing out”.

Kim said he told her he was trying to reach the sac to puncture it so that the foetus would die, and jabbed harder and harder as he became more frustrated.