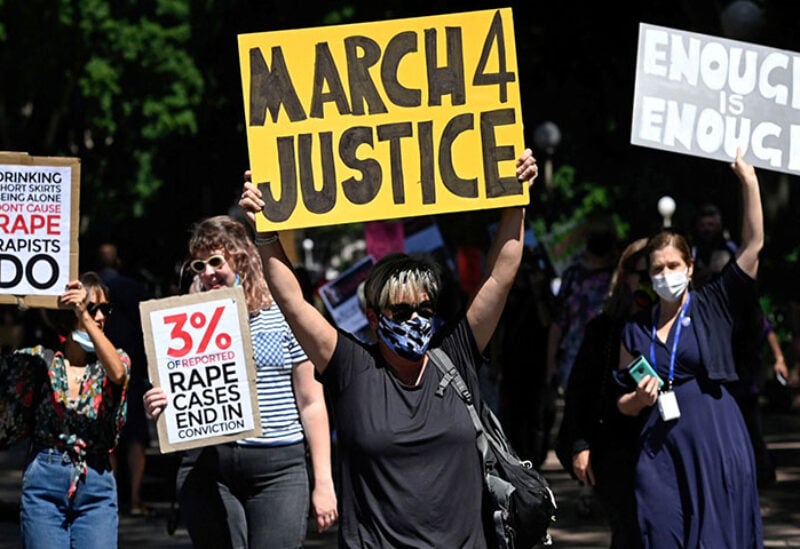 Women rally for gender equality and justice in Australia

Tens of thousands of women rallied on Monday across Australia for gender equality and justice for victims of sexual assault.

The so-called “March 4 Justice” rallies were spurred by allegations of rape and sexual misconduct in some of the country’s highest political offices.

In big cities like Sydney and Melbourne, many wore black to signal “strength and mourning”.

Some held banners with the words “enough” and “just listen”.

Pressure is mounting on Prime Minister Scott Morrison to address allegations that surfaced this year against members of his office and political party.

Recently-reported scandals include a rape allegation against Attorney General Christian Porter from 1988.

Porter has denied the alleged assault.

Former Liberal Party staffer Brittany Higgins alleged last month that she was raped in Parliament House by a male colleague in 2019.

On Monday, she addressed a crowd of thousands outside the building in Canberra.

“And there are significant failings in the power structures within our institutions. We are here because it’s unfathomable, but we are still having to fight the same, stale, tired fight.”

Rally organizers said they rejected an invitation by Prime Minister Morrison to meet in private.

The recent allegations are expected to dominate parliamentary proceedings over the next two weeks.