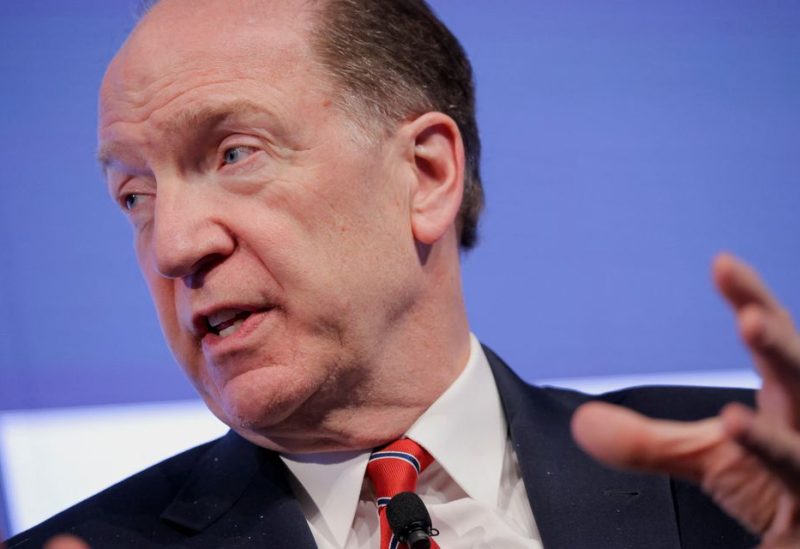 The world’s poorest nations now owe $62 billion annually in debt payment to official bilateral creditors, an increase of 35% over the previous year. Malpass warned that the rising load is raising the danger of defaults, according to World Bank President David Malpass on Thursday.

Two thirds of this debt load are currently owed to China, according to Malpass, who provided some information from the annual debt statistics report that the development lender is expected to release next week at the Reuters NEXT conference in New York.

“I’m worried about a disorderly default process where there’s not a system to really address” debts for poorer countries, Malpass said.

Malpass also said he was concerned about a buildup of debt in advanced economies such as the United States, because this is drawing more capital away from developing countries.

“And so as the interest rates go up, the debt service goes up for the advanced economies, and that requires a big amount of capital from the world.”

Malpass said that he would join a meeting in China next week with heads of other international institutions and Chinese authorities to discuss the country’s approach to debt relief for poorer countries, COVID-19 policies, property sector turmoil and other economic issues.

“China’s one of the big creditors, so…it’s very important that China engage on this issue and think about where it sees the world going and be responsive to work with what needs to be done to achieve sustainability for the countries.”

IMF chief Kristalina Georgieva also will participate in the meeting, which will focus heavily on debt treatments. Among the participants will be officials from China Development Bank and the Export-Import Bank of China, two of the country’s major bilateral lenders.

Georgieva separately told Reuters Next that changes to the G20 Common Framework on debt restructuring were needed to speed up debt treatments, freeze debt service payments once a country requested help, and open the process to middle-income countries like Sri Lanka.

“We are concerned that there is a risk for confidence in debt resolution to be eroded at a time when the level of debt is very high,” Georgieva said.

“We don’t see at this point … a risk of a systemic debt crisis,” she said, adding that countries in debt distress were not large enough to trigger a crisis that would threaten financial stability.