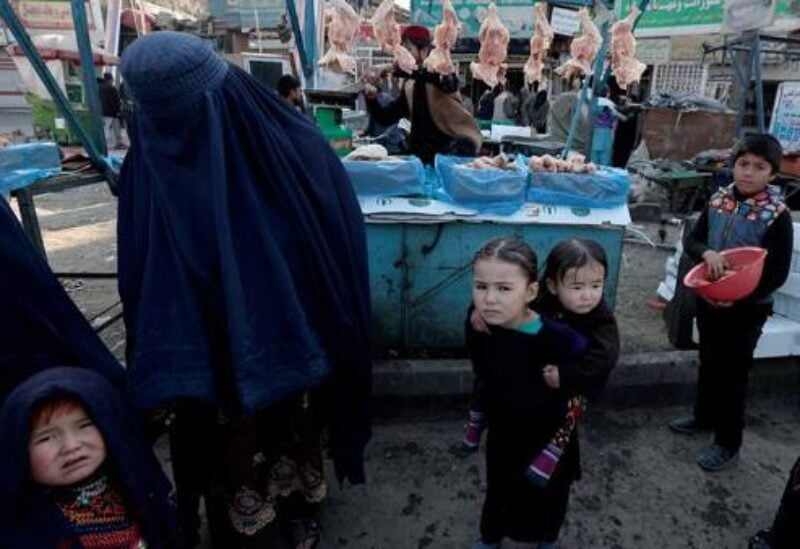 According to persons familiar with the preparations, the World Bank is preparing a proposal to release up to $500 million from a frozen Afghanistan assistance fund to humanitarian organizations, but it excludes tens of thousands of public sector personnel and is hampered by US sanctions.

Board members will meet informally on Tuesday to examine the plan to divert cash from the Afghanistan Reconstruction Trust Fund (ARTF), which has a total of $1.5 billion, hashed out in recent weeks with US and UN officials.

Three months after the Taliban seized control and the last US forces retreated from a 20-year conflict, Afghanistan’s 39 million people confront a collapsing economy, a winter of food shortages, and rising poverty.

According to Afghan analysts, the funding will help, but major gaps remain, including how to transfer the cash into Afghanistan without exposing the financial institutions implicated to US sanctions, as well as a lack of attention on state personnel.

The funds will be used mostly to address critical health-care needs in Afghanistan, where fewer than 7% of the population has been immunized against the coronavirus, according to the authors.

For the time being, it will not pay teachers’ and other government employees’ wages, a strategy that analysts believe would expedite the collapse of Afghanistan’s public education, healthcare, and social services sectors. They fear that hundreds of thousands of people who have been working without pay for months may cease turning up for work and join a huge exodus from the nation.

The World Bank will have no oversight of the funds once transferred into Afghanistan, said one of the sources familiar with the plans.

“The proposal calls for the World Bank to transfer the money to the U.N. and other humanitarian agencies, without any oversight or reporting, but it says nothing about the financial sector, or how the money will get into the country,” the source said, calling U.S. sanctions a major constraint.

‘NOT A SILVER BULLET’

While the U.S. Treasury has provided “comfort letters” assuring banks that they can process humanitarian transactions, concern about sanctions continues to prevent passage of even basic supplies, including food and medicine, the source added.

Any decision to redirect ARTF money requires the approval of all its donors, of which the United States has been the largest.

A State Department spokesperson confirmed that Washington is working with the World Bank and other donors on how to use the funds, including potentially paying those who work in “critical positions such as healthcare workers and teachers.”

The spokesperson said the U.S. government remains committed to meeting the  critical needs of the  Afghan people, “especially across health, nutrition, education, and food security sectors … but international aid is not a silver bullet.”

Established in 2002 and administered by the World Bank, the ARTF was the largest financing source for Afghanistan’s civilian budget, which was more than 70% funded by foreign aid.

The World Bank suspended disbursements after the Taliban takeover. At the same time, Washington stopping supplying U.S. dollars to the country and joined in freezing some $9 billion in Afghan central bank assets and halting financial assistance.

A World Bank spokesperson confirmed that staff and executive board members are exploring redirecting ARTF funds to U.N. agencies “to support humanitarian efforts,” but gave no further details. The United Nations declined to comment.

Initial work has also been done on a potential swap of U.S. dollars for Afghanis to deliver the funds into the country, but those plans are “basically just a few PowerPoint slides at this point,” one of the sources said. That approach would deposit ARTF funds in the international accounts of Afghan private institutions, who would disburse Afghanis from their Afghan bank accounts to humanitarian groups in Afghanistan, two sources said.

This would bypass the Taliban, thereby avoiding entanglement with the U.S. and U.N. sanctions, but the plan is complex and untested, and could take time to implement.

One major problem is the lack of a mechanism to monitor disbursements of funds in Afghanistan to ensure Taliban leaders and fighters do not access them, a third source said.

Two former U.S. officials familiar with internal administration deliberations said that some U.S. officials contend that U.S. and U.N. sanctions on Taliban leaders bar financial aid to anyone affiliated with their government.