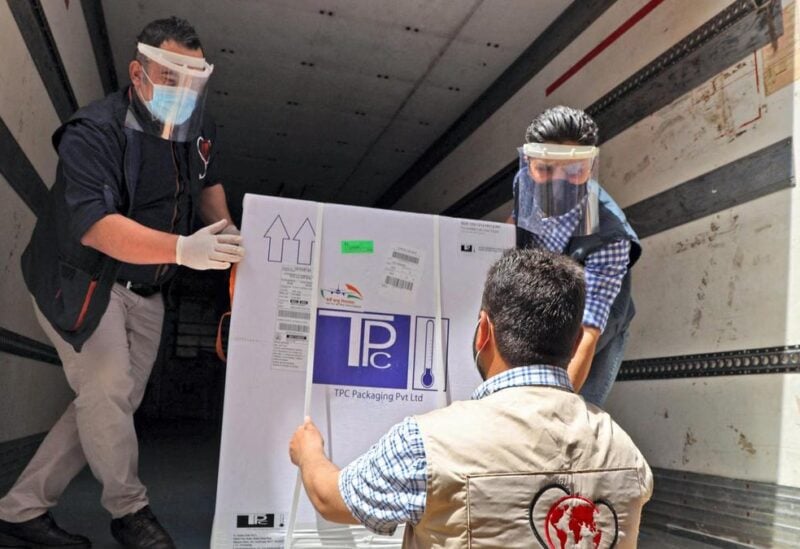 World leaders should open their eyes to the “real and pressing need” for coronavirus vaccines to be shared with poorer countries, the head of the World Health Organisation’s Covax initiative said.

Aurelia Nguyen, Covax’s managing director, acknowledged it would take a “very big push” for the organisation to achieve its goal of delivering 2 billion shots to poorer nations by the end of the year.

Her worries stems from the fact that multiple advanced economies have secured vaccine supplies far in excess of what is needed for their populations.

“We’re asking those countries with excess supply to allocate those doses through the Covax facility,” she told an online forum marking the 1-year anniversary of the initiative.

“There is a real and pressing need and we do encourage countries to come forward,” Nguyen said, noting that the organisation was struggling to secure vaccines while export controls remain in place.

“It’s not all smooth sailing and we are facing a number of challenges,” she said.

“The most obvious challenge is supplies through export control on vaccines and raw materials. We’re looking at ways to expand whatever manufacturing capacity is in the world right now.”

The request for excess supplies to be donated to Covax comes as 3 German states allowed all age groups to receive the vaccine developed by AstraZeneca, with over one million jabs left unused in the country.

A YouGov poll found 55% of Germans believed the AstraZeneca drug was unsafe after it was associated with very rare but serious blood clots.

On Wednesday, former UK prime minister Tony Blair said it was “crazy” for some countries to restrict the use of a highly effective vaccine.

“You’ve now got a crazy situation where you have regulators – not just in Europe, but countries in Africa refusing the AstraZeneca vaccine – when it will have a huge and beneficial impact on their people,” he said.

The ACT Accelerator – a health partnership that includes organisations such as Covax, the World Bank and the Bill and Melinda Gates Foundation – will need an estimated $22 billion each year to achieve its aim of supplying vaccines, testing and diagnostic capabilities to poorer countries.

“World leaders face a choice: invest in saving lives by treating the cause of the pandemic everywhere, now, or continue to spend trillions on the consequences with no end in sight,” the partnership said.

“The time to act is now. We call on all nations to come together in global solidarity. It isn’t just the right thing to do, it is also the fastest and most effective way to save lives, protect health systems and restore economies.”

Ms Nguyen warned that the prospect of global immunity to the coronavirus remained an open question.

“The vaccines are very effective at averting severe disease and moderate disease but the effect they have on transmission … those are still questions that are still in play,” she said.

“In the next couple of months we will gather more data on this as countries that are achieving high levels of coverage will monitor this. It will depend on the specific vaccines and technologies used.”