World steps into 2023 after turbulent year 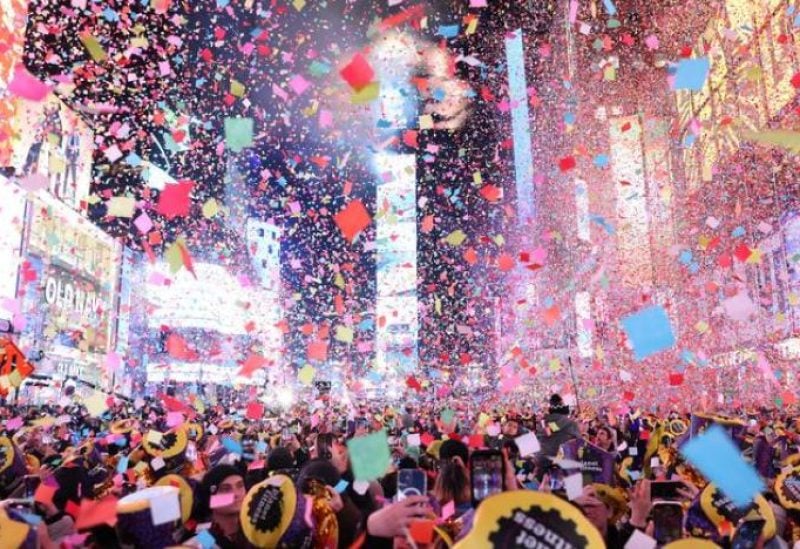 Many were ready to set aside pinched budgets and a virus that is increasingly forgotten but not gone, and embrace a party atmosphere on New Year’s Eve after a few pandemic-dampened years.

In New York, confetti rained down on crowds after the famous ball drop in Times Square, a tradition that dates back to 1907, with visitors from across the world waiting for hours in the chilly rain to take part.

Throngs of people packed Rio de Janeiro’s Copacabana Beach — up to two million were expected — for music and fireworks, without the coronavirus safety measures of the past few years.

Across the Atlantic, Parisians — and a “normal” amount of tourists, comparable to 2018 or 2019, according to officials — took the opportunity to crowd together shoulder-to-shoulder for a fireworks show along the Champs-Elysees.

Police said about a million people showed up for the celebration.

Hours earlier, Sydney became one of the first major cities to ring in 2023, restaking its claim as the “New Year’s Eve capital of the world” after two years of lockdowns and coronavirus-muted festivities with a fireworks display over the Sydney Harbor Bridge.

For some, 2022 was a year of Wordle, the Great Resignation, a new Taylor Swift album, an Oscar slap and billionaire meltdowns.

The global population surpassed the historic milestone of eight billion people in November.

But 2022 is most likely to be remembered for armed conflict returning to Europe — a continent that was the crucible of two world wars.

“It was our year. Year of Ukraine,” President Volodymyr Zelensky said in his nightly address Saturday, reflecting on his country’s war effort throughout the year.

However, China begins 2023 battling a surge in Covid infections.

But New Year’s Eve parties still went on as planned, even as hospitals in the world’s most populous nation have been overwhelmed by an explosion of cases following the decision to lift strict “zero-Covid” rules.