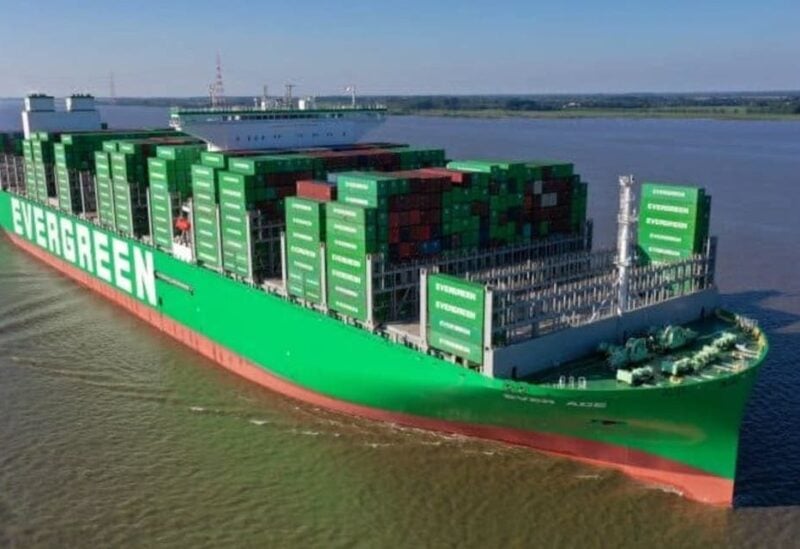 The Ever Ace - currently docked in Suffolk, in the UK - is a 400m-long (1,300ft) ship with a capacity of 23,992 containers, which is slightly more than other, similar-sized vessels. (Twiiter)

A container ship said to be the largest in the world is on course for the Suez Canal, months after its sister ship Ever Given blocked Egypt’s crucial waterway, halting traffic for six days and disrupting global trade.

The Ever Ace – currently docked in Suffolk, in the UK – is a 400m-long (1,300ft) ship with a capacity of 23,992 containers, which is slightly more than other, similar-sized vessels.

She is due to leave for Rotterdam on Wednesday before she crosses the Suez Canal.

Her sister ship – the Ever Given ran aground earlier this year and was stuck in Egypt for nearly a week.

The skyscraper-sized, Panama-flagged vessel cost companies billions of dollars after it became jammed in high winds on March 23, halting traffic in both directions for several days and disrupting global trade.

Ever Given blocks Suez Canal

The ship was on its way to the Dutch port of Rotterdam when it slammed into the bank of a single-lane stretch of the canal about 6 kilometers (3.7 miles) north of the southern entrance, near the city of Suez.

Once it was dislodged, the 400-meter (1,312-foot) vessel left Egypt on July 7, 106 days after becoming wedged across a southern section of the waterway.

Egypt released the Ever Given after protracted negotiations and an undisclosed settlement reached between the Suez Canal Authority (SCA) and the ship’s owners and insurers.

It arrived in the Dutch port of Rotterdam on July 29 before heading to Felixstowe, England.

The Suez Canal Authority said it was working on a multi-billion-dollar project to widen sections of the channel to prevent large ships from being trapped again.

The Ever Ace is the first in a planned series of 12 supersized container ships to be built for Taiwanese company Evergreen Marine.