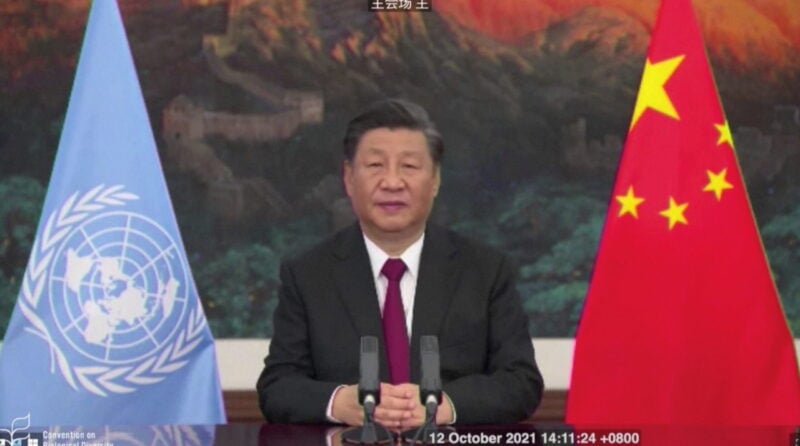 In a move that is likely to strengthen President Xi Jinping’s grip on power, the top leaders of China’s ruling Communist Party convened on Monday for a crucial meeting.
Some 400 members of the party’s powerful Central Committee convened in Beijing for the four-day plenary, which is being held behind closed doors, as with all meetings of China’s secretive leadership.
Xi Jinping is already regarded as a “central leader” of the Chinese Communist Party, and his ideological ideas are explicitly enshrined in the party’s constitution.
Now, Xi Jinping’s meteoric rise is about to continue, with an all-powerful body in single-party-ruled China due to pass an unusual resolution that is expected to further strengthen Xi’s grasp on power while also paving the way for him to pursue an unprecedented third term in office.
The most significant move of the 19th Central Committee is likely to be the adoption of a “historic resolution” on the “great accomplishments and historical experience of the Party’s 100 years of battles,” with the text also recognising China’s success in the nine years under Xi.
The Communist Party’s fascination with history is founded in a tradition that dates back to ancient China.
For centuries, Chinese imperial courts engaged historiographers to chart an emperor’s ascension, which frequently required gathering – and rewriting – the history of his predecessor.
History, or rather, certain controlled interpretations of it, may be immensely valuable to the Chinese Communist Party.
For example, Beijing has used alleged “historical claims” to disputed territories and waters to bolster its case for contemporary sovereignty, while the narrative attached to the so-called “century of humiliation” by foreign powers — from the First Opium War in 1839 to the founding of the People’s Republic of China (PRC) in 1949 — has become a central source of legitimacy for the party.
Xi has been elevated in the country to the same level as Mao Zedong, the founding father of the People’s Republic of China, and Deng Xiaoping, the architect of the reforms that boosted Chinese economic development.
The 68-year-old Xi is largely considered as the most powerful Chinese leader since Mao, with the stage set for him to pursue an unprecedented third term as China’s supreme leader.
While a 1990s constitution specified a two-term restriction for the top Chinese leadership, the Chinese Communist Party approved by an overwhelming majority in 2018 to eliminate the limit.
Furthermore, there is an unwritten 68-year-old age restriction for key officials, which Xi is certain to disregard when he seeks re-election to a third term at the party congress next year.