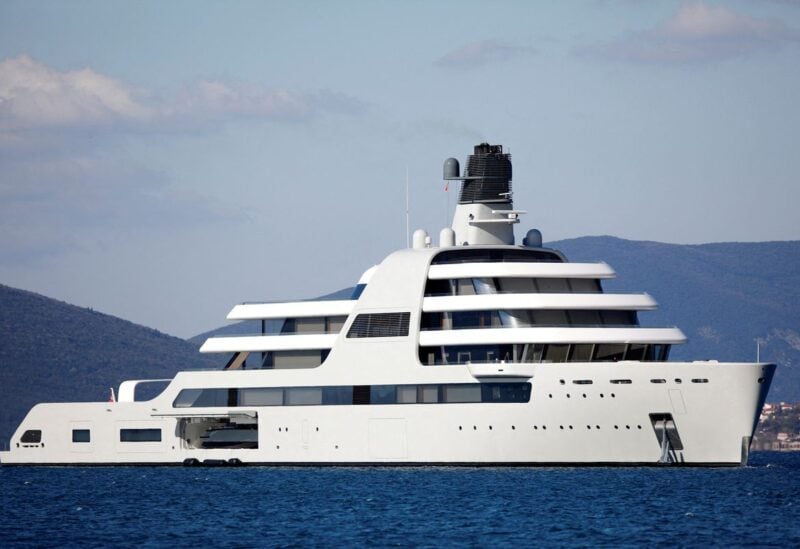 Abramovich was among several Russian billionaires added last week to an EU blacklist that already included dozens of wealthy Russians, and EU governments have acted to seize yachts and other luxury assets from them.

World governments are seeking to isolate President Vladimir Putin and his allies over Russia’s invasion of Ukraine, which the Kremlin calls a “special operation”.

Last week, Abramovich flew into Moscow after leaving Istanbul in his private jet. According to flight tracking data it was a second trip by a jet linked to Abramovich between the Turkish city and the Russian capital in three days.

The 140-metre (460-foot) yacht Solaris, which sails under a Bermuda flag according to monitoring site Marine Traffic, on March 8 left a Barcelona shipyard where it had been undergoing repairs.

It departed Montenegro’s Adriatic resort town of Tivat on March 13 with an initially listed destination of Turkey, and rounded the Greek island of Crete in recent days. The monitoring site showed it was some 3 km (1.9 miles) off Turkey’s coast on Monday, heading in the direction of the resort of Datca.

The superyacht was built in a German shipyard and first took to the sea early last year. It is one of a string of yachts owned by Abramovich, according to reports in luxury goods publications SuperYachtFan, SuperYacht Times and Forbes.

Several groups have been confirmed as bidders to buy English soccer club Chelsea from Abramovich. He was also hit by British government sanctions following Russia’s invasion.