Yellen, at former slave port, sees path of renewal for Africa and U.S. 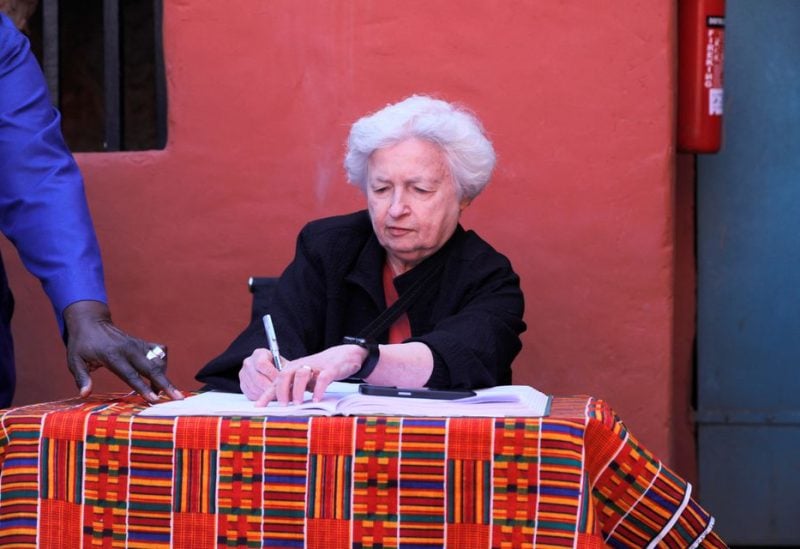 U.S. Treasury Secretary Janet Yellen signs the visitor book after she visited the House of Slaves at Goree Island off the coast of Dakar, Senegal January 21, 2023 - REUTERS

Despite referring to the “unspeakable cruelty” and long-lasting effects of the transatlantic slave trade, U.S. Treasury Secretary Janet Yellen said on Saturday that she was encouraged by evidence of development and rebirth in both America and Africa.

Yellen began her three-nation trip to Africa by visiting the House of Slaves, a fort built in the late 18th century on Goree Island off the coast of Senegal as a transit station for people before they were forcedly transported across the Atlantic.

“I take from this place the importance of redoubling our commitment to fight for our shared principles and the values of freedom and human rights where ever they are threatened – in Africa, in the United States and around the world,” she wrote in the visitor’s log.

The site, now a museum and UNESCO World Heritage site, often draws high-level American visitors, including former President Barack Obama, the first U.S. president of African ancestry, who visited with his family in 2013.

South African President Cyril Ramaphosa called the island “a place of reconciliation and hope” when he visited in December 2021, noting in the log that it was the place where the talks to end apartheid in his own country began.

Yellen, at times visibly moved, underscored the enduring ties that bind Africa and the United States.

“Ultimately, Gorée Island reminds us that the histories of Africa and America are intimately connected. We know that the tragedy did not stop with the generation of humans taken from here,” she said.

Goree’s mayor Augustin Senghor presented Yellen with a certificate appointing her as a lifetime ambassador of the island’s history.

The former Federal Reserve chair, whose work in economics has focused on ending historic disparities that have plagued Black Americans long after slavery was abolished in 1865, said both Africa and the United States had made tremendous strides, but more work was needed to counter the brutal consequences of the slave trade.

The U.S. Treasury has established a task force on racial equity under Yellen, which has angered Republicans, and the department has made significant efforts to improve the economic circumstances of communities of color.

According to Yellen, who cited the significant contributions made by African American men and women to the U.S. economy and democracy, it was crucial to share the tale of those who had been held captive, which “although full of misery, is also full of perseverance and optimism.”

She noted what she called “evidence of active life around Gorée – a prominent art scene, a center of education, and people who call this town home,” saying “With recollection, I hope, can come growth and rejuvenation.”