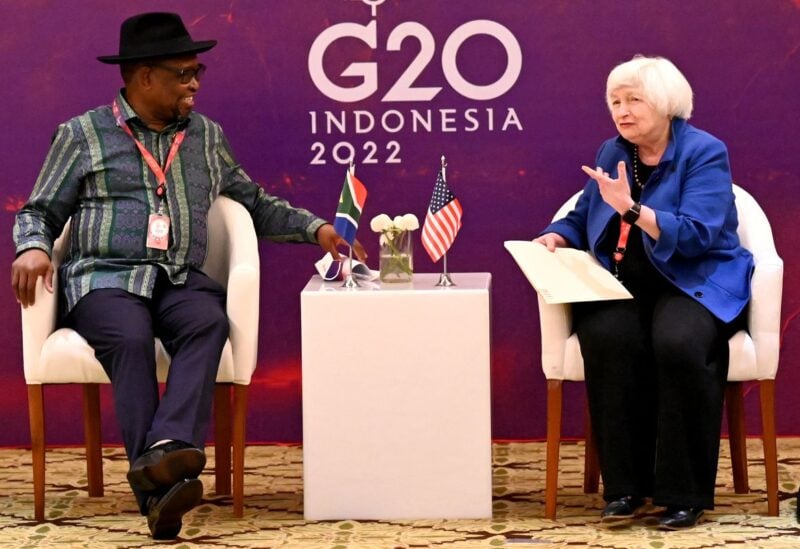 Yellen criticized Russia’s “unprovoked conflict against Ukraine, which has produced global spillovers in food, energy, and other commodities” during the talks and urged nations to support a price ceiling on Russian oil to stop the flow of funds to its military, according to the Treasury.

She also underscored the importance of taking action at the G20 to address the global food security crisis, it added.