Yellen says U.S. economy stronger than before pandemic but inflation a threat 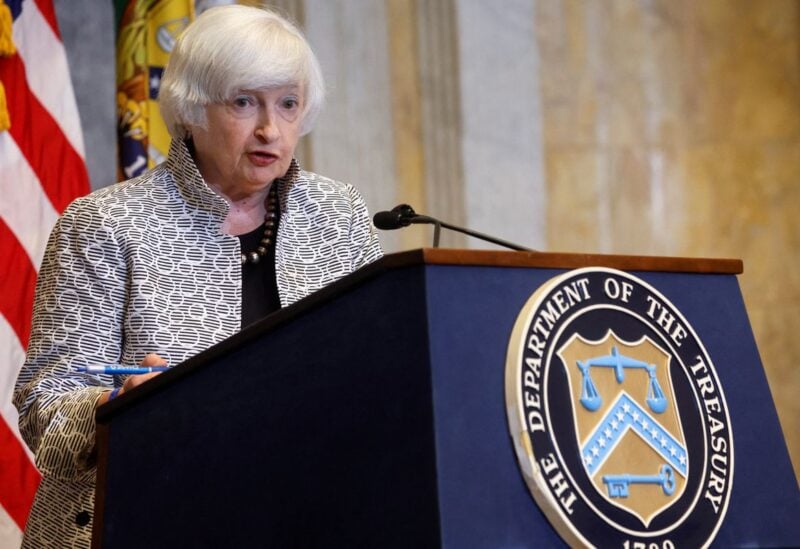 U.S. President Joe Biden’s agenda, according to Treasury Secretary Janet Yellen, has made the economy stronger than it was prior to the COVID-19 pandemic, but she warned that more needs to be done to preserve the gains, particularly by addressing inflation.

The administration’s “top economic priority,” according to Yellen, who traveled to Detroit to highlight the effects of recent legislative accomplishments ahead of the November congressional elections, which included hundreds of billions of dollars in investments in semiconductors, research, health care, green energy, and infrastructure.

“Our plan has worked,” Yellen said in a campaign-flavored speech that ticked off job gains and economic equality improvements at Ford Motor Co’s Rouge electric vehicle plant in Dearborn, a city just outside of Detroit. “By any traditional metric, we have experienced one of the quickest economic recoveries in modern history.”

She said the recently passed CHIPS Act, Inflation Reduction Act and last year’s infrastructure package would expand the U.S. economy’s productive capacity and put Biden’s goal of halving U.S. carbon emissions by 2030 from 2005 levels “well within reach,” partly due to tax credits for North American made EVs like Ford’s F-150 Lightning pickup truck made in Dearborn.

“The most immediate challenge is to return to an environment of stable prices without sacrificing the economic gains of the past two years,” said Yellen, adding that the Federal Reserve had primary responsibility for taming inflation. “To ensure our long-term economic stability, we must keep our public finances on sound footing.”

Yellen said the administration would continue to push for additional tax increases beyond a new 15% alternative minimum tax for large corporations, as well as for implementation of a global tax reform deal that was left out of the most recent legislation.

“This includes closing loopholes and returning rates for high earners and corporations to historical norms,” she said, indicating that the administration still wants to reverse the 2017 tax cuts enacted by former President Donald Trump and his fellow Republicans – an effort thwarted by Democrats’ thin majority in Congress.

Yellen also said the administration would still seek to boost funding for child care to draw more women into the workforce, another initiative that would require Democrats to win more seats in Congress.

Biden’s party is trying to maintain control of Congress in November, and Yellen’s speech in Detroit, the birthplace of America’s auto industry, is part of a month-long speaking tour to tout the economy’s improvements.

Yellen’s remarks did not mention Biden’s executive order to forgive up to $20,000 in student loan debt for individuals earning up to $125,000, or $250,000 for a married couple. The plan answers demands for debt relief from progressives on the Democrats’ left flank, but has drawn criticism for aiding some wealthy earners, potentially adding to inflation and incurring hundreds of billions of dollars in new debt.

A Treasury official said the purpose of Yellen’s speech was to focus on the economic impact of recent legislation, which meant some material had to be cut.

Yellen said the investment plans for green energy, technology and infrastructure will shift investment more broadly across the United States, not just to prosperous coastal cities.

The Treasury chief previously has labeled Biden’s economic agenda, including earlier, unrealized plans for more spending on child care and education, as “modern supply side economics.”

Unlike the term, which became popular in the 1980s to describe the Reagan administration’s focus on tax cuts and deregulation to encourage productive investments, Yellen argued that Biden’s version will focus on a range of investments to boost productivity across more “sectors, people and places.”

“We know that a disproportionate share of economic opportunity has been concentrated in major coastal cities. Investments from the Biden economic plan have already begun shifting this dynamic,” Yellen said.