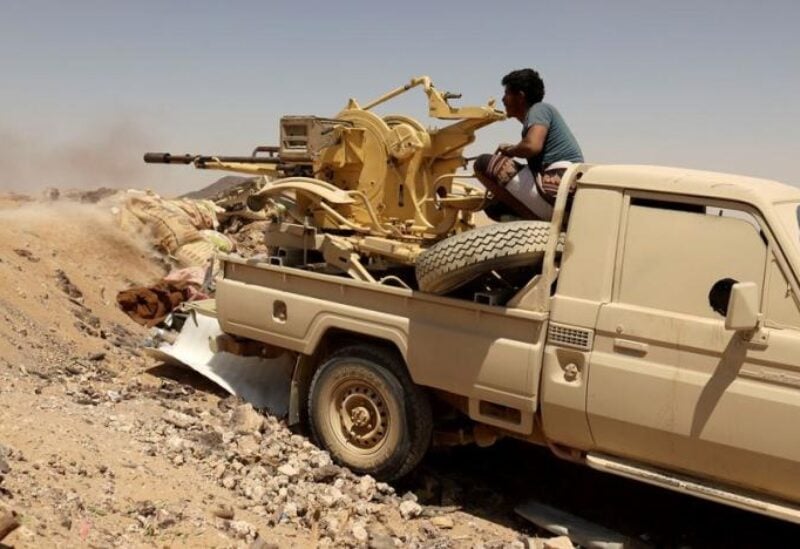 The Yemeni military and popular resisted deterred in recent days some 50 attacks by the Iran-backed Houthi militias along the frontlines in the Marib and al-Jawf provinces, revealed Yemeni military sources.

The militias incurred dozens of losses in the attacks, they added to Asharq Al-Awsat.

They said the Houthis have since Monday been attempting to regroup in wake of the major losses and the Saudi-led Arab coalition air strikes.

Military spokesman Abdo Majali stated that the military has recaptured several positions, saying the al-Kasara and al-Mashjah fronts in western Marib had witnessed the fiercest fighting.

During a press briefing, he stressed that the army and popular resistance were continuing their defensive and offensive operations against the Houthis on several fronts.

They have succeeded in repelling various attacks and infiltrations by the militias on various fronts in Marib, including Sirwah, al-Kasara, Hilan, al-Mashjah, al-Mokhadra, al-Jadaan, Jabal Murad and others.

The military has succeeded in liberating two positions that put it in range of Houthi supply routes, he continued.

They also destroyed another aircraft in Sirwah, where Majali spoke of the heroics of the military in defeating the militias and dealing them heavy losses.

The spokesman hailed the Arab coalition air force for its effective role in destroying Houthi capabilities.

In the past two weeks, the coalition has carried out dozens of accurate raids on the Sirwah, al-Mashjah, al-Kasara and Raghwan areas, he continued. The strikes destroyed two tanks and three armored and 15 military vehicles and targeted Houthi positions, fortifications, convoys and reinforcements.

In the neighboring Jawf province, the military carried out successful raids against the Houthis on the northern al-Khanjar front, making advances on the ground.

On the al-Nudoud front, the army carried out a surprise attack against the Houthis, leaving many of their members dead and injured, destroying several of their military vehicles and seizing their weapons.

In other provinces, Majali revealed that the military and resistance have thwarted Houthi infiltrations in Dhale, Taiz, Hodeidah and al-Bayda.