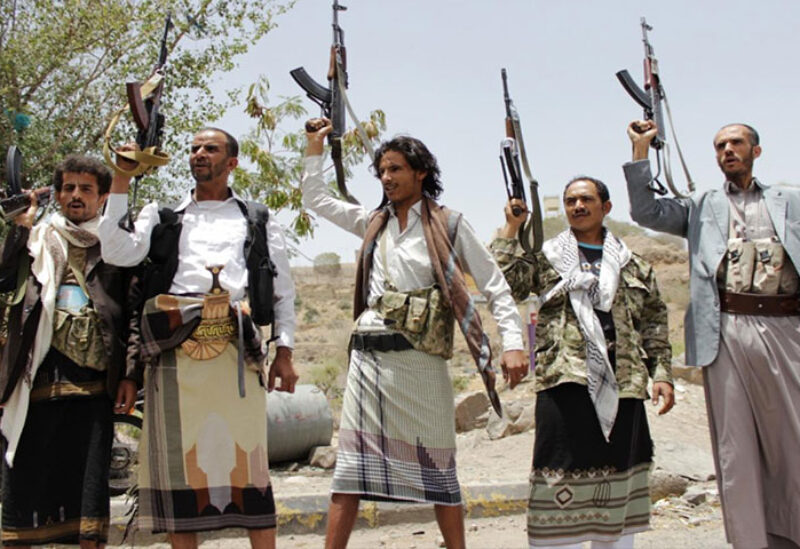 Yemeni Minister of Information Muammar Al-Eryani said on Monday that Iranian media close to the Supreme leader have reported that Tehran is “behind Houthi escalation in Marib,’ state news agency SABA reported.

He claimed that reports by “Kayhan newspaper” show that Tehran was behind the military escalation of the Houthi militia in Marib, as well as the recent attacks on Saudi Arabia, and the attack on a ship in the Sea of Oman.

Eryani said these attacks were in response to US raids on Iranian militia sites in Syria, and “are additional evidence of Iranian hands in all these events taking place in the region.”

Kayhan newspaper is considered as one of the most conservative Iranian newspapers run by Hossein Shariatmadari, who according to a New York Times report 2007, occupies the official position of representative of the Supreme Leader of Iran.

“The positions issued by Iranian officials and media clearly reveal the true dimensions of the battle taking place on the various fronts of the Yemeni governorate of Marib, and the developments taking place in the region,” he said.

The minister explained that these reports confirm that the Houthi militia “is just a dirty Iranian tool to kill Yemenis, try to destabilize security and stability in the region, threaten the movement of commercial ships and international shipping lines, and implement policies that spread chaos and terrorism in the region.”

He called on the international community and the permanent members of the Security Council to stop Iranian interference in Yemen, and to protect and preserve regional and international peace and security.

The minister also condemned the Houthi militia “continued targeting of residential neighborhoods and civilians in Marib.”

According to the minister, the Houthis recently attacked a densely populated area in Marib with an Iranian-made ballistic missile, which killed civilians and injured seven others and damaged a number of homes.0