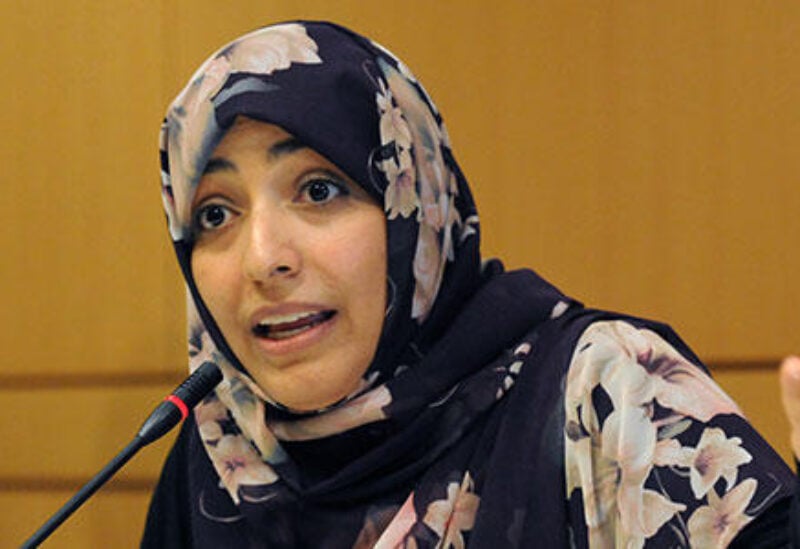 “Any action that leads to peace is welcomed,” Karman wrote on Twitter, adding: “Saudi ceasefire proposal can be a launchpad for greater engagement.”

“Saudi & UAE must end their blockade and occupation of all airports &ports in #Yemen, #Houthis must lift the blockade in Taiz &end their bloody offensive in Marib,” she added.

Earlier on Monday, the Saudi Foreign Minister Faisal Bin Farhan announced a peace proposal to end the crisis in Yemen and reach a comprehensive political agreement, including a ceasefire under the United Nations’ supervision.

Farhan said the initiative includes putting an end to the fighting, partially opening the airport in Sanaa to certain destinations and reviving a revenue-sharing mechanism between the Houthis and Riyadh-based government of Yemeni President Abd Rabbuh Mansur Hadi.

The United Nations, the US State Department as well as Arab and Gulf states have welcomed the initiative. The Houthis have said it has been announced   for media consumption only and said they have not received a copy of its terms