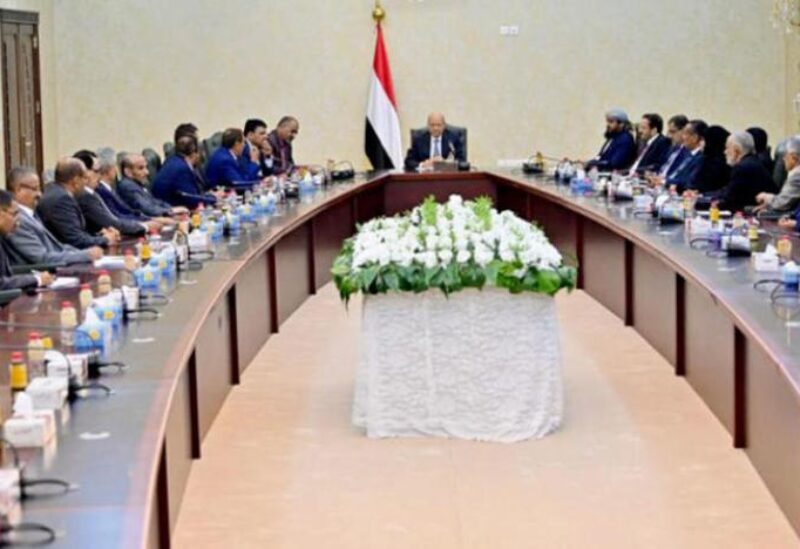 The Yemeni Presidential Leadership Council (PLC) has affirmed its keenness to enhance the independence of the judiciary, and to maximize its role in achieving justice and the rule of law and defending the constitutional order and national identity.

“The independence of the judiciary is the fortified fence of the rule of law, and one of the important guarantees of constitutional legitimacy, strengthening the prestige of the state, combating corruption, and deterring any attempt to abuse power,” said Alimi.

During the meeting, Alimi congratulated the women of Yemen on the presence of a woman at the top of the pyramid of the judiciary for the first time in the country’s history.

He praised the role of loyal men of justice in warding off sedition, lifting grievances, strengthening the people’s confidence in their constitutional institutions, and rallying around the plan to restore the state, and its inherent right to monopolize power.

Alimi also drew attention to the importance of taking into account the exceptional circumstances the country is experiencing, not disrupting people’s interests, and urgently deciding on citizens’ civil, criminal, and commercial interests, and everything that would mitigate the impact of this war that was ignited by Iran-backed Houthi militants.

Alimi stressed the importance of working together to protect the existing consensus and fill the legal and knowledge gaps faced by the executive authorities.

PLC members and Alimi heard from the President of the Supreme Judicial Council, Judge Mohsen Yahya Talib, a full explanation about the conditions of judges and judicial institutions, and the requirements for strengthening their presence in governorates.