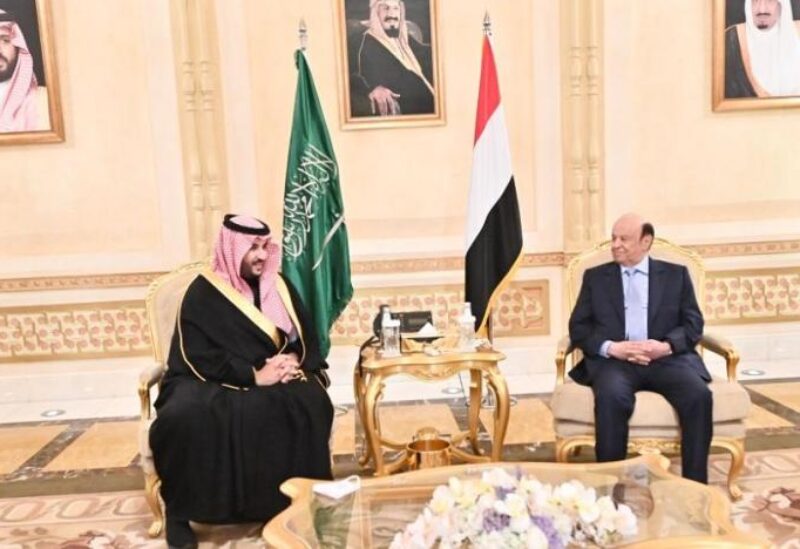 He said the two countries share a same fate in confronting various challenges.

For his part, Prince Khalid stressed the Saudi-led Arab coalition’s commitment to support the Yemeni government and people.

The Kingdom will continue efforts to reach a political solution to the conflict based on the three references and that meets the aspirations of the people and safeguards the security of the region.

He reiterated Riyadh’s constant stance in supporting the Yemeni government against the Iran-backed Houthi militias and in maintaining the security, unity and stability of Yemen.