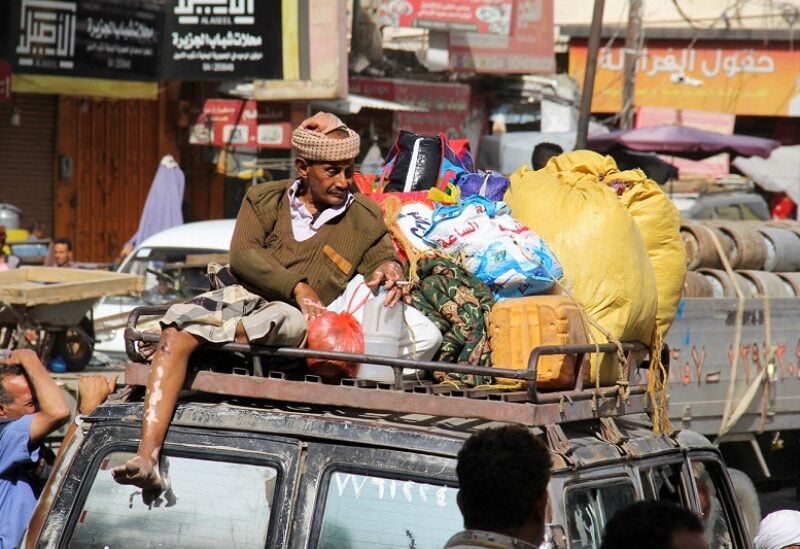 As negotiations failed to reach a lasting agreement over lifting the siege imposed by the Iran-backed Houthi militias on Taiz and reopening vital roads between the provinces, the two-month nationwide truce in Yemen is set to end on Thursday

The warring parties did not reach an agreement Saturday to lift the Houthi blockade, the United Nations said, after three days of talks in the Jordanian capital between legitimate government representatives and Houthis as part of a military coordination committee.

Lifting the siege was among the articles of the truce. The question of the blockaded city is key to extending the ceasefire.

Hans Grundberg, the UN envoy in Yemen, said a proposal had been floated in what he described as “an initial round of discussions” for a phased reopening of roads in Taiz and elsewhere, which would help facilitate aid deliveries and the movement of suffering Yemenis.

The meeting was attended by military representatives of the legitimate government, Houthis and the Coalition Joint Forces Command and chaired by the UN Envoy’s military adviser Brigadier General Antony Hayward.

Constructive discussions focused on setting up a robust coordination mechanism for regular dialogue and communication to de-escalate and address incidents that impact civilians and threaten to derail the truce.

“It is critical that parties have a neutral space to talk and interact with each other honestly, respectfully and freely with a focus on solutions,” Brig. Gen. Hayward stressed.

Representatives discussed options for a joint mechanism that will be tasked with addressing and de-escalating strategic and operational military and security incidents of concern in a timely manner.

“This first in-person meeting of military representatives of the parties in a long time to discuss how to improve dialogue and communication between them is a crucial step towards building trust and supporting the political process,” said Grundberg. “The parties should continue those positive steps by ensuring the continuation of the work of this coordination committee.”

The representatives agreed to hold a follow up meeting.

Grundberg also held an initial round of discussions between the parties on opening roads in Taiz and other governorates.

A proposal for the phased re-opening of roads, including an implementation mechanism and guarantees for the safety of civilian travelers was drawn up based on the three-day discussions and options presented by both sides.

“It is promising that the parties met face-to-face to discuss the issue of road openings for the first time in years. I now call on the parties to conclude their internal deliberations urgently and deliver positive results to the Yemeni people,” said Grundberg.

“Lifting restrictions on the freedom of movement of people and goods will not only have a positive impact on alleviating the suffering of the Yemeni people and reviving the economy, but will also help cultivate confidence in the political process.”

Civil society actors and local mediators, many of whom are from Taiz, also took part in the discussions by offering their insights and expertise as well as practical options for road openings, said a UN statement.

“The role of civil society in those discussions proved to be indispensable, as they offered a compass to all those involved, including the UN, for prioritizing the interests and lived experiences of Yemeni women, men and children,” added Grundberg.