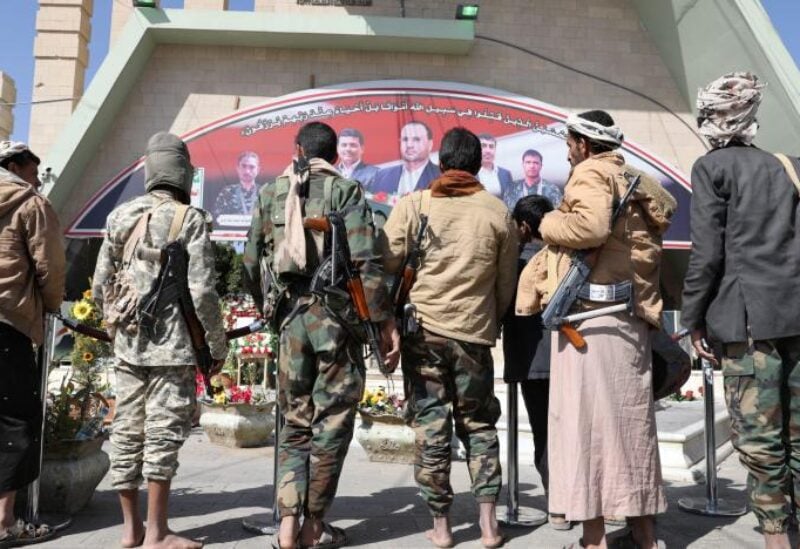 A military court affiliated with the internationally recognized Yemeni government on Wednesday sentenced the leader of the Houthi group, Abdul-Malik al-Houthi, and 173 other Houthi leaders to death.

The sentence, issued by a martial court in the northeastern governorate of Marib, also included Iran’s Revolutionary Guards leader Hassan Eyrlou, who is currently serving as Tehran’s ambassador to the Houthi self-proclaimed government in Sanaa.

The court also decided to classify the “Houthi group” as a criminal terrorist organization, ban its activities, disband and confiscate all its property, and remove all weapons, ammunition, and military equipment from it and hand it over to the Ministry of Defense.”

According to the court ruling, those sentenced to death would be executed by a firing squad.

The court also confiscated their money for involvement in the military coup against the regime and the legitimate and constitutional authorities, collaborating with Iran, and committing military and war crimes.

More so, the court called on the official government to develop a national strategy to eliminate all discrimination between Yemenis on the grounds of race, sect, color, or origin.

The court further decided that Iran would be prosecuted before the International Criminal Justice for its involvement in the militia’s crimes.

In July, a court in Marib held the initial session of the trial of Houthi leaders accused of masterminding the coup against the internationally recognized government of President Abed Rabbo Mansour Hadi in 2015 and the subsequent military campaign.

At the moment, Houthis are spearheading a new recruitment campaign among Sanaa tribes to replenish their ranks after having incurring heavy losses in battles in Marib.

During the past week, informed sources told Asharq Al-Awsat that the group’s leaders in the tribal and rural districts surrounding the Houthi-run capital, Sanaa, held several meetings with tribal leaders to urge additional recruitment.