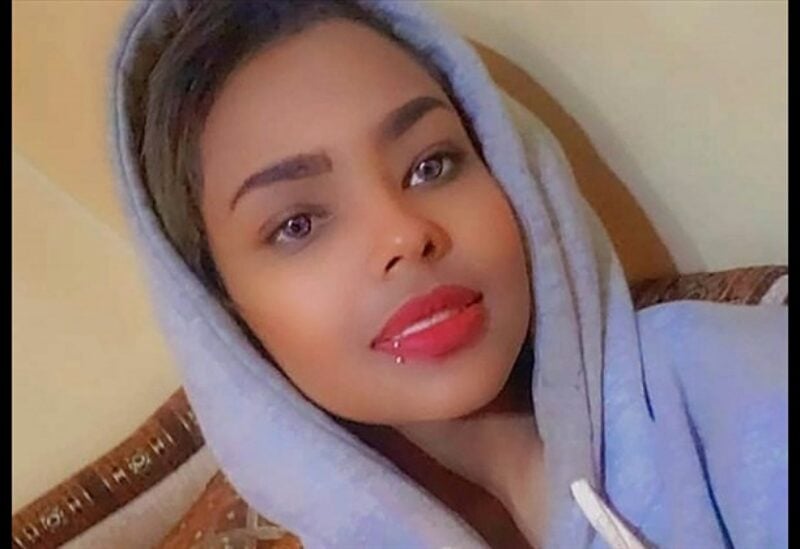 This undated handout picture obtained on April 21, 2021 from the Facebook page of Entisar al-Hammadi shows her posing for a 'selfie' at an unknown location.

Entisar al-Hammadi was just starting a career in modelling when she was detained two months ago in Yemen’s rebel-held capital Sanaa, where the Houthis are enforcing a morals campaign.

Born to an Ethiopian mother and Yemeni father, the 19-year-old had been pictured online in traditional dress as well as denim and leather jackets, and sometimes she went without a Muslim headscarf.

With her high cheekbones and piercing green eyes, the teenager had several thousand followers on Instagram and Facebook where she posted sessions with local designers and stylists.

The Iran-backed Houthis, who seized the Yemeni capital from the government in 2014 and control much of the north, have not commented on her fate.

But Hammadi’s lawyer Khaled al-Kamal said she was targeted for working in the fashion industry which the Shiite rebels consider a violation of Islamic culture.

Khaled al-Kamal told AFP that Hammadi was snatched on February 20 along with 2 other models and their friend who was driving them to a photo shoot.

“I still don’t know what she is accused of,” Kamal said.

He said there have been attempts to defame the young woman, with unverified local reports alleging that she was involved in drugs and prostitution.

“The prosecution is trying to make it look like an act of gross indecency, claiming that my client has let out two strands of her hair out or was not wearing a hijab in a public space,” he said.

Yemeni society, although conservative, has traditionally allowed space for individual freedoms and cultivated an appreciation of leisure and music. But all that changed with the rise of the Houthis.

Hammadi’s detention follows a series of incidents in rebel-held areas that illustrate the Houthis’ determination to impose their own moral code on Yemenis who have been enduring years of grinding conflict.

Restaurants where women and men mingle have been closed and reports say women have been harassed for wearing belts around their abaya robes, with rebels tearing them off, saying the silhouette they create is too “exciting”.

An investigation into Hammadi’s case was finally opened on April 21, her lawyer said, but the charges against her have not been clarified.