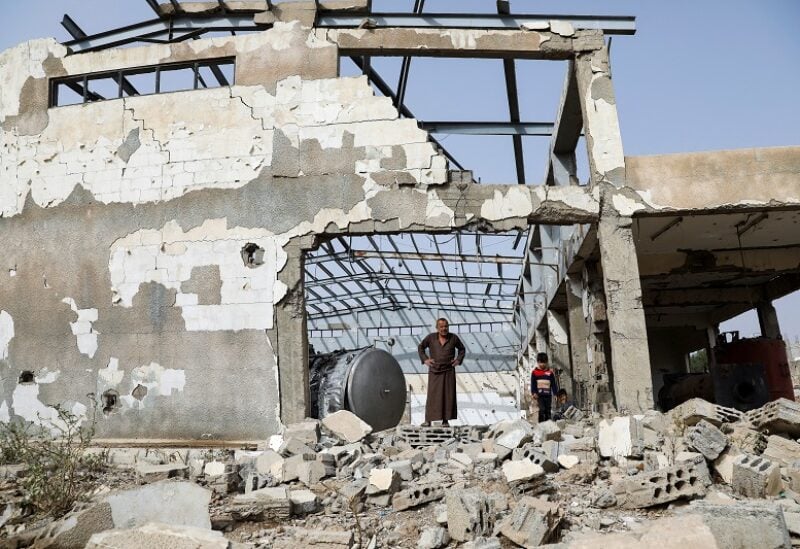 A guard stands at the site of a medical waste incineration facility that has been hit by air strikes at al-Azraqain landfill on the outskirts of Sanaa, Yemen, June 29, 2022. REUTERS/Khaled Abdullah

Amid reports that Al-Qaeda is attempting a comeback, Yemeni special forces have launched an offensive against the aforementioned group in the southern governorate of Abyan.
Elite counterterrorism troops have been deployed in mountains and valleys in Abyan to prevent Al-Qaeda in the Arabian Peninsula, its branch in Yemen, from turning those areas into safe havens or launch pads for strikes against government troops in the south.
Abdul Rahman Al-Shonini, commander of counterterrorism forces in Abyan, said the campaign was launched after receiving information that AQAP was gathering in remote valleys and mountains to launch attacks against government troops in the south. He vowed to thwart its attempts to resurge in Abyan.
His forces have not encountered any resistance as AQAP terrorists have reportedly fled to their hideouts in mountains between Abyan and Al-Bayda governorate.
Last month, local media and residents said masked AQAP terrorists appeared in some valleys and areas in Abyan, ambushing troops and kidnapping residents.
Local security officials accuse AQAP of orchestrating a string of attacks that killed at least 10 soldiers in Abyan and Shabwa governorate last month.
In 2015, AQAP exploited instability stemming from the war in Yemen to seize large swaths of land in southern governorates, including Hadramout, Abyan and Lahj.
Thanks to military support from the Arab coalition, Yemeni troops managed to push AQAP from key cities, killing and capturing hundreds of terrorists.
Last month, various armed forces in Abyan, including government troops and the pro-independence Southern Transitional Council — which had fought each other in 2019 and 2020 — agreed to form a joint command room to confront AQAP.