Yemenis, strapped for cash, yearn for their own honey 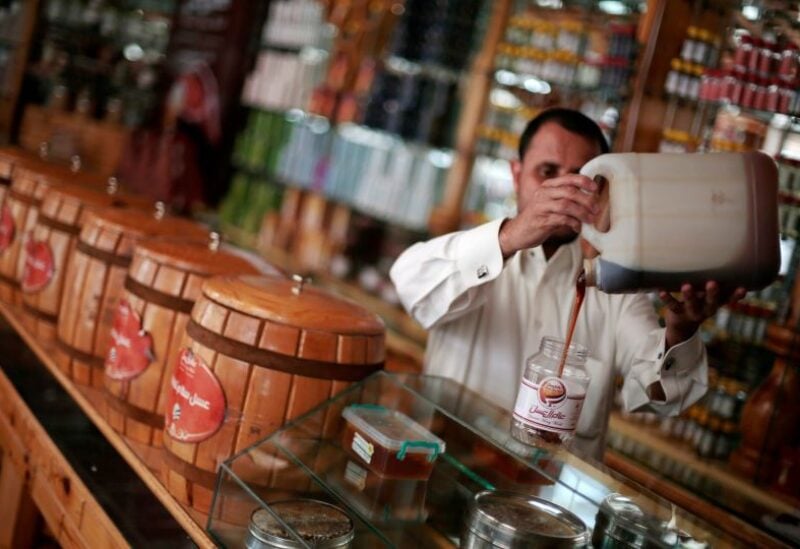 When Idrees al-Haddad used to go shopping, he was able to buy 7 kilogram tubs of Yemen’s world-famous honey. He can barely afford 1kg right now.

Haddad’s reduced consumption, like that of many Yemenis suffering from the tremendous inflation and income losses of a seven-year conflict, has left the sector with a production surplus.

“Merchants used to come to us to buy honey from our apiaries in the valley. We go to the market nowadays, but there is no demand! “Amin Hussein, a beekeeper in Sanaa province, remarked this while tending to his hives in Wadi Dhahr.

The bees swarm and crawl around the cabinet-like wooden hives, eating on the blooms of the almond tree.

Faris al-Houri, a merchant in Sanaa’s capital, claimed honey prices had dropped 30-40% since last year, when they were already cheap.

Vendors gather up light, dark, transparent, and opaque honeys famous for their flavor and medicinal capabilities in Sanaa’s upscale honey stores. Customers may test the viscous drinks by teasing them with spoons.

“Our commercial trade has almost come to a halt,” vendor Helmi al-Marhebi said.

Yemen’s honey business is confronted with several obstacles. Farmers are hampered in moving colonies to feed on seasonal plants due to frontlines, landmines, and fuel shortages. Climate change is also considered an issue.

According to Abdullah Yarim, chairman of an industrial association, conflict has limited access to markets in affluent Gulf states.

Saudi Arabia maintains an air, sea, and land embargo on Houthi territory as part of a pro-government coalition battling the Iran-aligned Houthis who hold Sanaa and northern Yemen.

1kg of top-tier Yemeni Sidr honey may cost over 2,000 AED ($545) in the United Arab Emirates, a regional trading powerhouse and coalition member.

“No Yemeni house used to be without honey,” customer Ibrahim al-Sanafi lamented.