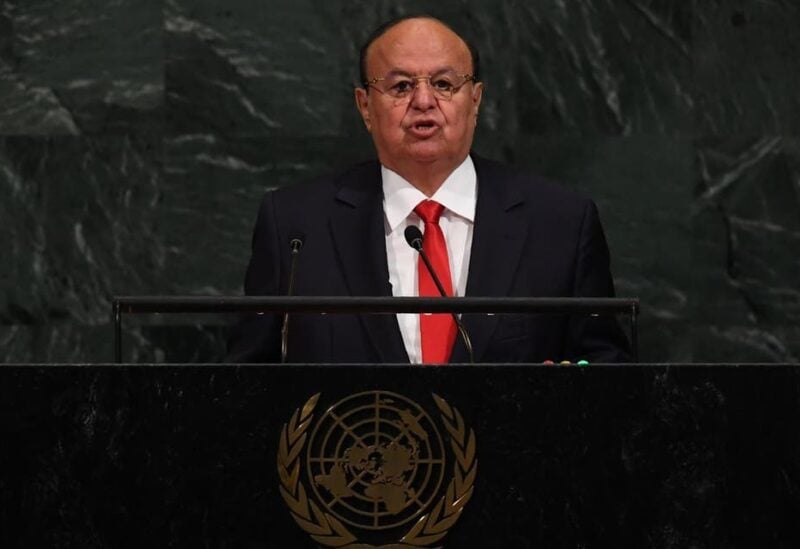 Yemen’s President Abd-Rabbu Mansour Hadi said that the Iran-backed Houthi militia will pay the price for their attack on al-Anad airbase in the government-held southern province of Lahij on Sunday morning.

At least 30 soldiers were killed and 60 wounded in Iran-backed Houthi strikes on a military base belonging to forces of the Arab coalition, southern forces spokesman Mohamed al-Naqeeb said on Sunday.

Yemen’s president said that the terrorist Houthi militia will be held accountable for every crime it commits against Yemenis, and that the people’s battle against the Iranian project in Yemen is continuing, according to Yemen’s News Agency.

He added that the Yemenis’ sacrifices will not be in vain and that the Iranian-backed militia’s attempt to drag the country into the past will fail and the people will turn the page and establish their federal state.

The president called on everyone to unite in the face of the Iran-backed militias.

“Whoever imagines that he will be spared the death project led by the Houthi militia, with its Iranian support, is delusional, and we all in the republic’s ranks should be well aware of this and direct our arrows towards this enemy,” the president added.

The internationally recognized government, backed by an Arab military coalition — and the Iran-backed Houthi militia — have been locked in war since 2014, when the Houthis seized the capital Sanaa.

In 2019, the Houthis said they launched a drone strike on al-Anad during a military parade, with medics and government sources saying at the time at least six loyalists were killed — including a high-ranking intelligence official.

Al-Anad, some 60 kilometers (40 miles) north of Yemen’s second city Aden, was the headquarters for US troops overseeing a long-running drone war against al-Qaeda until March 2014 when it was overrun by the Houthis.

It was recaptured by government forces in August 2015 as they recovered territory from the Houthis across the south with support from the Arab coalition.