Yoga to be introduced in Saudi schools as a sport 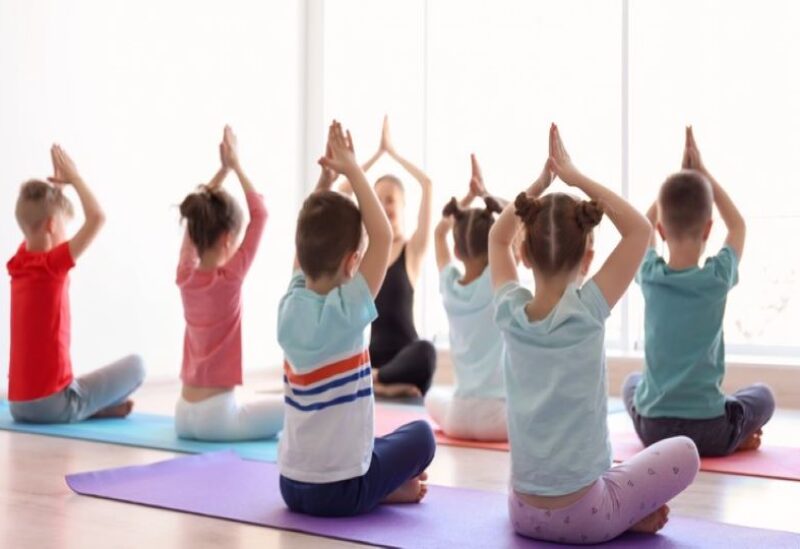 Yoga classes to be introduced in Saudi Arabia's schools

According to the president of the Saudi Yoga Committee, Nouf Al-Marwaai, yoga will soon be offered as a sport in Saudi schools.

Due to its numerous health advantages, Al-Marwaai stated there was collaboration with the Ministry of Education to bring yoga to all schools in the country as part of the curriculum.

On March 9, an introductory lecture was held to showcase the partnership between the SYC and the Saudi School Sports Federation, as well as the outcomes of the countrywide collaboration on the future of yoga in schools.

In November 2017, the Ministry of Commerce granted permission for yoga to be taught and practiced as a sport in the Kingdom.

In an interview with Asharq Al-Awsat, Al-Marwaai also stated that yoga is becoming more popular in the Kingdom owing to its importance for mental and physical wellness.

The introduction lecture on Wednesday drew school principals and physical education instructors from all levels of education, with the goal of mobilizing the Ministry of Education’s and the SYC’s approach.

It also highlighted the goals of increasing student engagement in sports on a local and international level, as well as improving the health of young Saudis.

Khalid Jama’an Al-Zahrani, a certified yoga instructor and the founder of Ananda Yoga Studio, told Arab News: “As I began to delve deeper into yoga, I never stopped discovering its incredible benefits as a whole and transformative sport that leads its practitioners to a calmer and clearer mind and a stronger and healthier physique.”

“All of our activities in the Kingdom’s school system have always tried to contribute to the kids’ growth, both physically and academically, and I feel that integrating yoga to the Saudi education system is a nutritious and beneficial step.”

Yoga in schools, according to Al-Zahrani, would be an investment since it would lead to other educational improvements that would benefit children, their families, and the entire society.

“We live in a technology era when everyone is distracted from the present by their phones, tablets, and electronics, which has a bad influence on our focus.” As a result, we must teach our children and ourselves to focus on what is inside, as well as practice yoga to build discipline and nourish the mind with what is essential.”

Al-Marwaai stated that there were several plans to broaden the SYC’s scope and aims, and that there were numerous areas that needed to be addressed in order to adopt yoga in schools on a big scale.

She is widely considered as the first Saudi woman to teach yoga, and she has been a driving force behind securing Ministry of Education accreditation and promoting yoga as a sport.

Al-Marwaai, the first Saudi yogacharya, formed and launched the Arab Yoga Foundation in 2006. (certified yoga instructor).
In 2009, the Yoga Alliance and the International Yoga Federation recognized it.

Through courses, seminars, and conferences, the AYF educates people and society about the health advantages of yoga.

In January of this year, almost 1,000 individuals from all around Saudi Arabia attended the country’s inaugural yoga festival.

It was hosted in King Abdullah Economic City’s Juman Park.