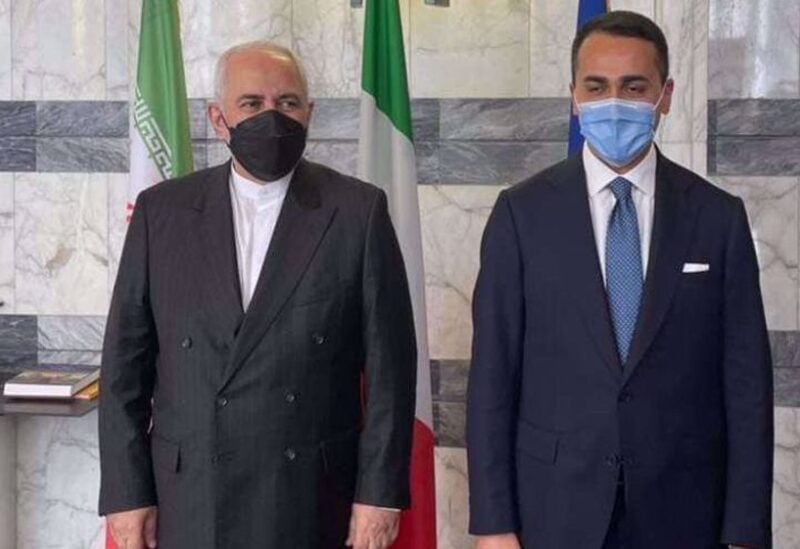 Iran’s Foreign Minister Mohammad Javad Zarif has met with his Italian counterpart Luigi Di Maio in Rome to discuss the expansion of mutual ties and international cooperation in areas of common interest.

The meeting on Monday came a day after Zarif arrived in Rome on the second leg of his official visit to Europe to hold talks with Italian and Vatican officials, following a visit to Spain, where he discussed mutual issues, regional cooperation and international developments with Spanish officials.

“During this meeting, we had good talks about bilateral relations,” Zarif said after meeting his Italian counterpart, adding that they explored ways for Italian companies to return to Iran once the negotiations in Vienna to revive the 2015 nuclear deal have concluded.

“Italian companies had set up about $30 billion in contracts and $5 billion in credit for their presence in Iran,” before the United States unilaterally withdrew from the nuclear deal, officially called the Joint Comprehensive Plan of Action (JCPOA) in 2018, Zarif said.

“Now those opportunities needed to be reconstructed… and the ground be prepared for Italy, as an old partner of Iran, to return to the country’s economic scene,” he noted.

The two top diplomats also discussed issues related to the current JCPOA discussions in Vienna as well as those related to Yemen, Afghanistan, Iraq and cooperation with Persian Gulf states.

The Italian foreign minister for his part expressed his country’s interest for expanding bilateral ties with Iran, particularly in political, economic and cultural fields.

At the end of his visit to Madrid, the top Iranian diplomat pointed to his meetings with Spain’s ministers of foreign affairs and industry in a Twitter post, saying that he held extensive talks on bilateral economic ties as well as issues related to the ongoing JCPOA discussions in Vienna, Palestine, the Persian Gulf as well as Afghanistan.

He further expressed optimism that a new era of bilateral economic cooperation will begin between the two countries following the conclusion of the COVID-19 crisis.

Zarif was also due to visit the Austrian capital of Vienna to discuss mutual ties with senior officials but abruptly canceled the official visit after authorities there hoisted the flag of the Israeli regime on government offices in the capital city as the occupying regime continued its bloody onslaught against Palestinian territories and civilians.

Stephanie Lajinstein, an Austrian journalist, announced on her Twitter account on Saturday that Zarif’s trip had been called off at the last minute due to the hoisting of the Israeli flags.

“The cancelation of this trip will not change our good traditional relations and communication channels with Iran. But we will not make our declaration of solidarity with Israel dependent on the diplomatic visits of other countries,” she added.

Iranian Deputy Foreign Minister Abbas Araqchi had earlier condemned Austria for raising Israeli flags over government offices in Vienna, where intensive talks over the revival of the 2015 Iran nuclear deal are underway.

Araqchi praised Vienna in a tweet on Friday as a “great host for negotiations” and called the Austrian move “shocking and painful” as the Israeli regime has, over the past days, killed scores of innocent people in the besieged Gaza Strip.

Austrian Chancellor Sebastian Kurz had earlier offered condolences to the Israeli regime and ordered the hoisting of the illegal entity’s flag over government offices in the capital.

The move came against the backdrop of pro-Palestinian rallies held in Vienna earlier this week over Tel Aviv’s relentless bombardment of the besieged Gaza Strip and Israeli atrocities in other Palestinian territories.

Prior to his visit to Europe, the Iranian minister had paid a visit to Syria as well as the Persian Gulf nations of Qatar, Oman, Kuwait and Iraq and held talks with senior officials on bilateral and regional matters.

During his visit to the Syrian capital of Damascus, Zarif said the latest Israeli atrocities against the Palestinian population have “generated awfully critical circumstances in the region,” insisting that “Syria, as one of the leading countries in the resistance axis, plays a very significant role on this matter.”