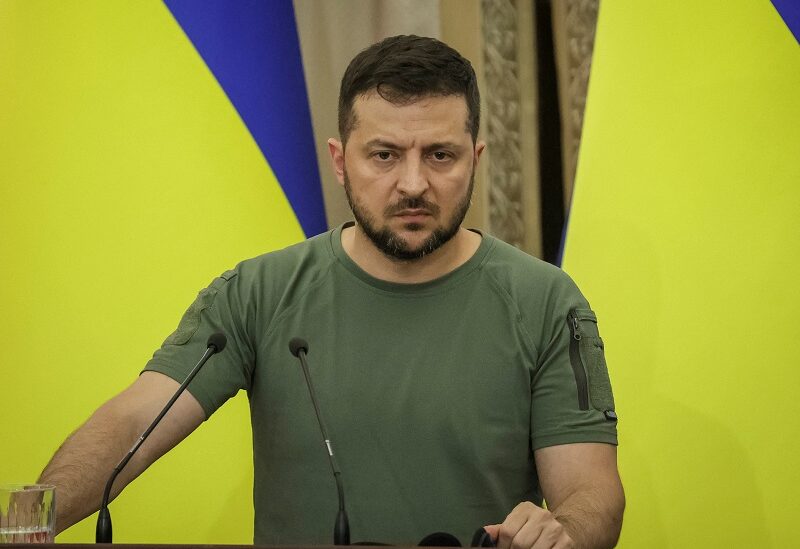 Ukrainian President Volodymyr Zelenskiy said on Sunday he had called on the EU to urgently allocate its next round of aid to Ukraine and pressed for a new wave of sanctions on Russia in a phone call with European Commission chief Ursula von der Leyen.

“Discussed the allocation of the next tranche of #EU macro-(financial) aid ASAP. Emphasized the need to prepare the 8th package of (Western) sanctions (on Russia), including a ban on issuing visas to Russian citizens,” he said on Twitter.

Zelenskiy, who has warned Europeans to expect a difficult winter due to Russian oil and gas exports cuts, also said he and Von Der Leyen coordinated “steps to limit Russia’s excess profits from the sale of oil and gas”.

Ukrainian Prime Minister Denys Shmyhal said earlier that Kyiv was expecting a tranche of 5 billion euros ($4.98 billion) in macro-financial aid from the EU this coming week.

Mykolaiv and its surrounding region have been hit daily for weeks in the conflict. On Saturday, a child was killed and five people were injured in rocket attacks in the region, governor Vitaliy Kim said. Mykolaiv city mayor Oleksandr Senkevych did not specify whether there were any injuries in the overnight attack, which he said also damaged some residences.

Mykolaiv, on the Southern Bug River about 30 kilometers upstream from the Black Sea, is a significant port and shipbuilding center.

In Kharkiv, Ukraine’s second-largest city, Russian shelling late Saturday set a large wooden restaurant complex on fire, according to the region’s emergency service. One person was killed and two injured in shelling in the region, governor Oleh Syniehubov said.

Pavlo Kyrylenko, governor of the eastern Donetsk region where Russian forces have been trying to take full control, said four people were killed in shelling on Saturday.