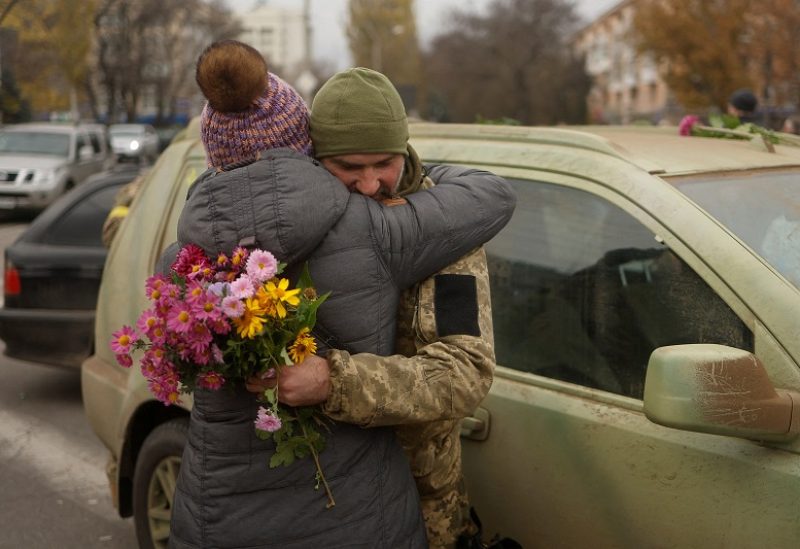 “Investigators have already documented more than 400 Russian war crimes. Bodies of dead civilians and servicemen have been found,” Ukrainian President Volodymyr Zelensky has said in his nightly video address on Sunday, accusing Russian soldiers of committing war crimes and killing civilians in the region.
“The Russian army left behind the same savagery it did in other regions of the country it entered,” he said.
Mass graves have been routinely found in several places across Ukraine over the past few months. Civilian bodies showing evidence of torture were discovered in the Kharkiv region and in Bucha, near Kyiv. Ukraine had accused Russian troops of committing the crimes.
A United Nations commission in October had also accused Russia of committing war crimes in Ukraine and of a “vast majority” of human rights violations in the early weeks of the war.
Russian troops had been holding Kherson, the only regional capital it was able to capture, since the start of the invasion in February. Ukrainian troops arrived in the centre of southern Kherson region on Friday after it was abandoned by Moscow. There were heart-warming scenes on the streets as the villagers greeted the soldiers with flowers who poured in to secure control of the right bank of the Dnipro River.
Artillery exchanges could be heard on Sunday, but that did not stop people from gathering on Kherson’s main square to celebrate the occasion. They tried to catch mobile phone signals from Starlink ground stations carried on Ukrainian military vehicles.
The governor of Kherson region, Yaroslav Yanushevych, said they will maintain a curfew from 5 pm to 8 am and ban people from leaving or entering the city as a security measure.
“The enemy mined all critical infrastructure,” Yanushevych told Ukrainian TV. “We are trying to meet within a few days and (then) open the city,” he said.
He asked citizens to stay away from the centre of the city as demining operations were due to happen. Zelensky also warned Kherson residents about the presence of Russian mines. “I am asking you please not to forget that the situation in Kherson region remains very dangerous,” he said.