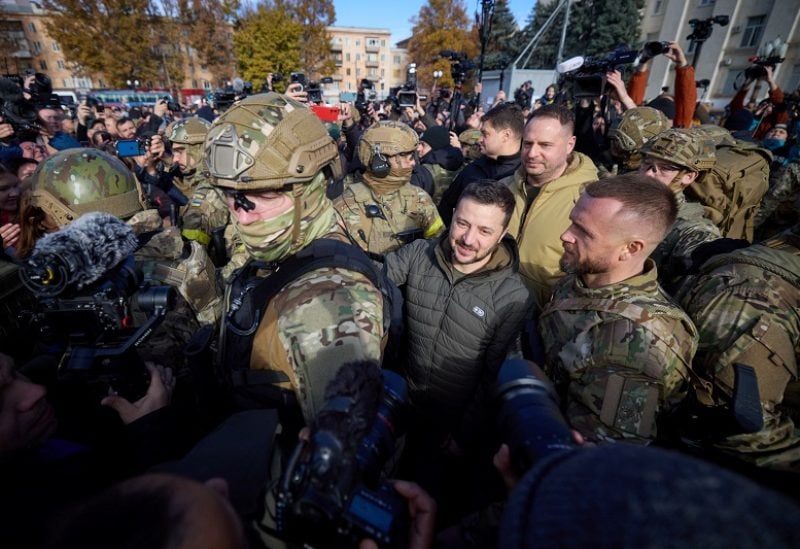 Saying that one such visit will help Musk to understand the situation before making peace overtures, President Volodymyr Zelensky of Ukraine asked Elon Musk to visit the country to see the damage done in the ongoing war.
Zelensky made the comments during a New York Times summit that he addressed virtually.
Elon Musk last month had proposed a peace plan for Ukraine. The proposal included ceding territory to Russia. The Kremlin had welcomed his proposal.
“If you want to understand what Russia has done here, come to Ukraine and you will see this with your own eyes,” Zelensky said. “After that, you will tell us how to end this war, who started and when we can end it.”

Musk-owned SpaceX funds the operation of the Starlink internet service in Ukraine, where it has emerged as a digital lifeline for soldiers and civilians alike amid destruction of the country’s energy infrastructure during the ongoing war.
“Our people are fighting for our shared values, for freedom and democracy, not just in Ukraine but in the whole world,” Zelensky said. “If Ukraine does not stand through this war, the war will spread to other territories.”
Zelensky restated Ukraine’s position that only two things could bring the war to an end: a victory by Ukraine or a decision by Moscow to withdraw.
In October, CNN reported that SpaceX sent a letter to the Pentagon in September saying it could not continue to fund the Starlink service in Ukraine and may have to stop funding it unless the US military gives the company tens of millions of dollars a month. Musk had clarified that the SpaceX did not ask Biden administration to recoup past expenses, but warned that it “cannot fund the existing system indefinitely”.