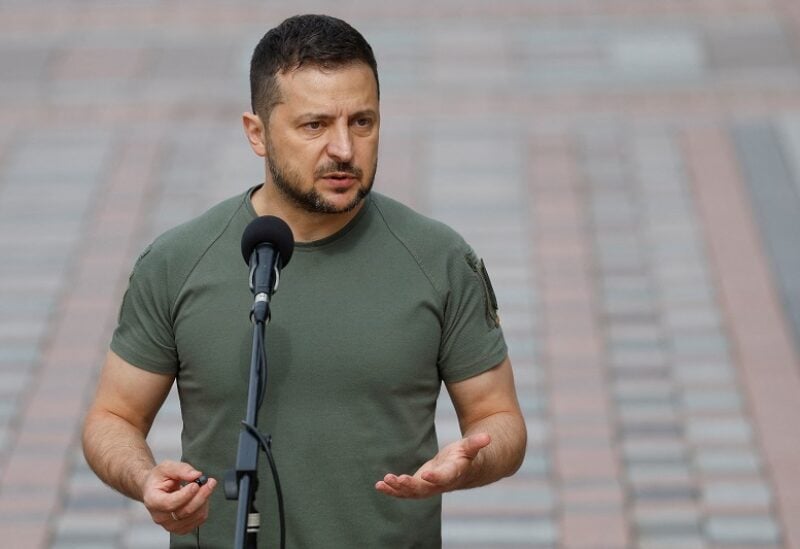 Ukrainian President Volodymyr Zelenskyy has mocked infighting between the Russian defence ministry and the Wagner mercenary group over who should take credit for efforts to seize the town of Soledar, saying it showed “a clear sign of failure for the enemy”.

In a late-night video address on Friday, Zelenskyy said the battles for Soledar and other eastern towns and cities in Ukraine were continuing despite competing claims by Wagner and the Russian government that it was their forces who had taken control of the salt-mining town.

The fall of Soledar would mark Russia’s first significant battlefield gain after months of military retreats and setbacks against Ukrainian forces, though military analysts and the United States have downplayed the strategic significance of the town, which has seen some of the bloodiest fighting in the war so far.

“The tough battle for the Donetsk region continues. The battle for Bakhmut and Soledar, for Kreminna, for other towns and villages in the east of our country continues,” Zelenskyy said in his address.

“Although the enemy has concentrated its greatest forces in this direction, our troops – the Armed Forces of Ukraine, all defence and security forces – are defending the state,” he said.

Zelenskyy then addressed the tussle between the Russian defence ministry and Wagner mercenaries.

“They are already fighting among themselves over who should be credited with some tactical advance,” he said.

“It’s a clear signal of failure for the enemy. And it’s another incentive for all of us to put more pressure on the occupier and to inflict heavier losses on the enemy.”

Russia’s defence ministry said its forces had captured Soledar on Thursday evening, allowing them potentially to cut off Ukrainian supply routes to the city of Bakhmut, southwest of Soledar, and trap remaining Ukrainian forces there.

In its statement, the ministry credited the town’s seizure to Russian troops and aviation without mentioning the role of the Wagner group.

Wagner founder Yevgeny Prigozhin, who has harshly criticised the failings of the regular Russian army, had issued a premature claim earlier this week that Soledar had fallen. He also maintained the fighting there was exclusively being waged by his men.

In comments apparently aimed at Russia’s defence establishment, Prigozhin complained on Friday about “infighting, corruption, bureaucracy and officials who want to stay in their positions”, as well as what he called constant attempts to “steal victory” from Wagner.

In response, Russia’s defence ministry late on Friday issued a second statement seeking “to clarify” the situation and acknowledging the role of Wagner Group fighters in Soledar.

“As for the direct storming of Soledar’s city quarters occupied by the armed forces of Ukraine, this combat task was successfully accomplished by the courageous and selfless actions of volunteers from the Wagner assault detachments,” the defence ministry said.