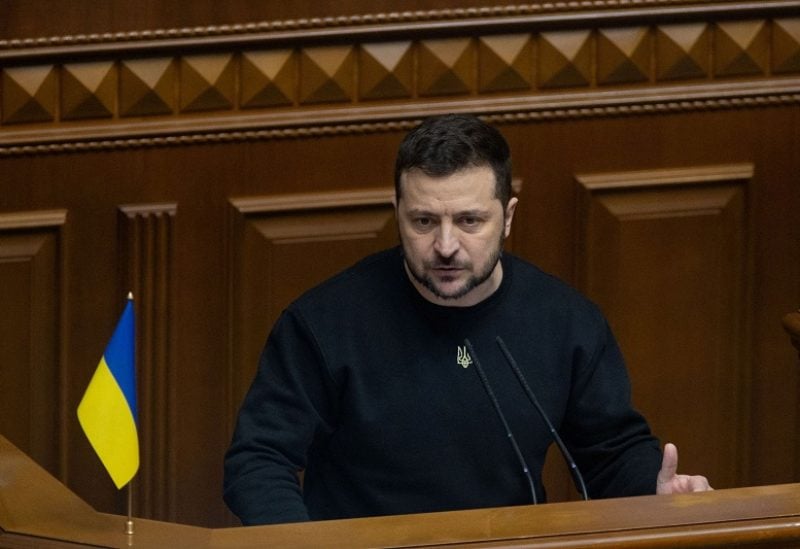 Ukraine's President Volodymyr Zelenskiy delivers his annual speech to lawmakers during a session of the Ukrainian Parliament, amid Russia's attack on Ukraine, in Kyiv, Ukraine December 28, 2022. Ukrainian Presidential Press Service/Handout via REUTERS ATTENTION EDITORS - THIS IMAGE HAS BEEN SUPPLIED BY A THIRD PARTY.

“Ukraine is closing in on a victory that all generations were dreaming about despite Russian strikes on its energy infrastructure”, President Volodymyr Zelenskyy said, adding that Ukraine became “one of the leaders of the free world.”

“We helped the West to find itself again and feel how much the West prevails. No one is afraid of Russia there anymore,” he told parliament, or Verkhovna Rada.
He urged reforms to existing international organizations which “have to guarantee peace, but are not able to do it,” the establishment of a tribunal for Russia and new security guarantees for Ukraine, noting that the Ukrainian army restored control in more than 1,800 cities and villages.
He said the number of Starlink satellites, working in Ukraine’s interests, will soon reach 30,000.
Zelenskyy said the primary goal is the restoration of Ukraine’s territorial integrity and liberation of all war prisoners, noting that since the beginning of the war, 1,456 prisoners have returned.

He said the post-war restoration of Ukraine will be “the largest economic project in Europe.” The entire territory needs to be rebuilt and priority will be given to companies that worked in Ukraine during the war.

The repatriation of refugees is another goal, he added.

He also indirectly warned that a crackdown would continue on the Ukrainian Orthodox Church because of its ties to Russia.