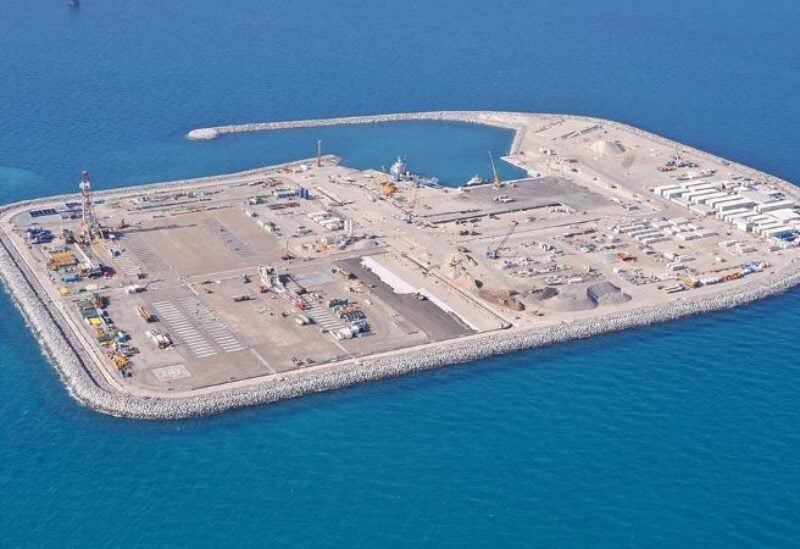 Adnoc said in a statement on Wednesday that the businesses are creating and will operate a first-of-its-kind high-voltage, direct current (HVDC-VSC) subsea transmission system in the Mena area.

The project will be funded through a special purpose vehicle, which will be a specialized business in which Adnoc and Taqa will each share 30%. According to Adnoc, a consortium led by Korea Electric Power Corporation (Kepco) and including Japan’s Kyushu Electric Power Company and Électricité de France (EDF) would hold a combined 40% share in the project on a build, own, operate, and transfer basis.

The consortium will work alongside Adnoc and Taqa to create and run a transmission system, with the complete project being transferred to Adnoc after 35 years of operation.

“This first-of-its-kind project exemplifies Adnoc’s commitment to advancing practical and commercially viable solutions to secure a lower-carbon future while attracting significant foreign direct investment and, as a result, cementing Abu Dhabi and the UAE’s position as a trusted global investment destination.”

The transmission system will have a total installed capacity of 3.2 gigatonnes and will consist of two independent subsea HVDC links and converter stations that will connect to Taqa’s onshore electricity grid, which will be operated by the company’s subsidiary, Abu Dhabi Transmission and Despatch Company. Construction is planned to begin in 2022, with commercial operations beginning in 2025, according to Adnoc.

The initiative also allows Adnoc to more efficiently employ its rich gas – which is now used to power the offshore production facilities – for higher-value applications, allowing the business to generate more income.

The project is projected to cut Adnoc’s carbon footprint by more than 30% by replacing existing offshore gas turbine generators with more sustainable power sources from the Abu Dhabi onshore power network. According to the corporation, it will also increase operational efficiency and enhance system dependability of energy supply, as well as power supply cost optimization.

According to Jasim Thabet, Taqa’s group chief executive and managing director, the project demonstrates “how the UAE continues to demonstrate its strong leadership and innovation in the global energy transition by bringing together critical players to boost sustainability credentials and maximize the utilization of Abu Dhabi’s diverse and efficient energy mix.”

“Decarbonisation continues to bring social and economic possibilities for collaboration and growth, which Taqa is actively pursuing through its market-based strategic alliances and collaborations.”

The UAE, which will host Cop28 in 2023, became the first nation in the Middle East and North Africa area earlier this year to vow to offset all domestic carbon emissions by 2050. The UAE intends to invest Dh600 billion (163.48 billion) on clean and renewable energy sources over the next three decades as part of its net-zero agenda.

The decision to create the transmission project comes after Adnoc and Taqa announced on December 1 that they would be joining Mubadala Investment Company as shareholders in Masdar, a move that will help raise the clean energy company’s renewable electricity capacity to more than 50 gigatonnes by 2030.

Following an agreement with Emirates Water and Electricity Company, Adnoc stated in October that it will fulfill up to 100% of its power demand through solar and nuclear.

Adnoc also stated at the time that it intends to be the first oil and gas firm in the world to totally decarbonize its power grid on a large scale.

According to Adnoc, the project’s collaboration with an international consortium of developers is bringing in “substantial foreign direct investment” and further cements Abu Dhabi and the UAE as a “trusted worldwide investment destination.”

According to the corporation, more than half of the project’s proceeds will be reinvested in the UAE’s economy as part of Adnoc’s in-country value initiative, which promotes responsible local investment and value creation.

Adnoc intends to reinvest more than Dh160 billion in the UAE economy over the next five years through its ICV initiative, which will aid in the achievement of the UAE’s “Principles of the 50.”