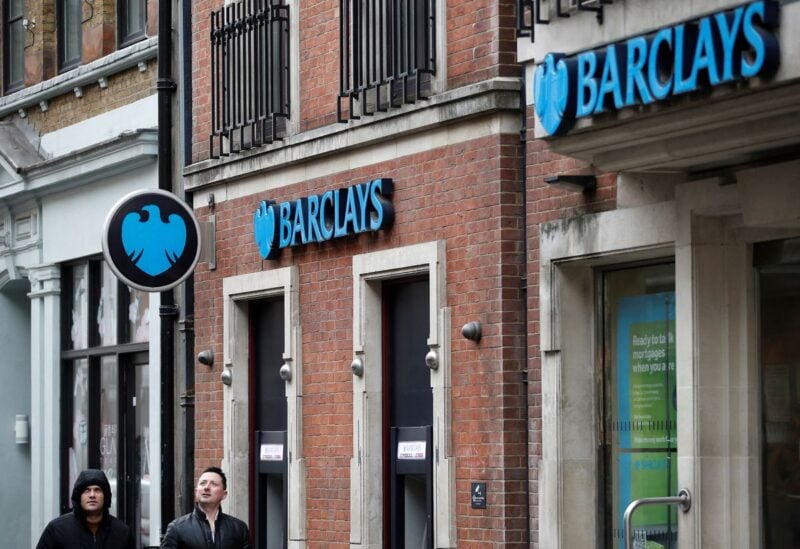 A branch of Barclays Bank is seen, in London, Britain, February 23, 2022. REUTERS/Peter Nicholls

Barclays Plc was sued in a proposed U.S. class action in which shareholders alleged they were duped by the British bank’s selling of $17.6 billion more debt than regulators permitted.

A complaint filed in the United States District Court for the Southern District of New York by two Florida pension funds seeks to hold Barclays liable for reductions in the pricing of its American depositary receipts (ADR) as costs piled up as a result of the blunder.

The complaint said Barclays made “materially false and misleading” assurances in its annual reports that its internal controls over financial reporting were effective.

It also said the bank overstated profit, and understated operating and “litigation and conduct” expenses, by failing to disclose the overissuance in its 2021 earnings releases.

Barclays declined to comment. Chief Executive C.S. Venkatakrishnan and his predecessor Jes Staley are among the other defendants.

The bank revealed in March that it had sold $15.2 billion more structured and exchange-traded notes than the $20.8 billion U.S. regulators had authorized. In July, the bank increased the oversold amount by $2.4 billion.

Barclays offered to buy back the excess securities, and on July 28 said it set aside about 1.59 billion pounds (now $1.73 billion) related to the overissuance.

The bank said on Sept. 15 that investors had submitted claims covering $7 billion of the securities.