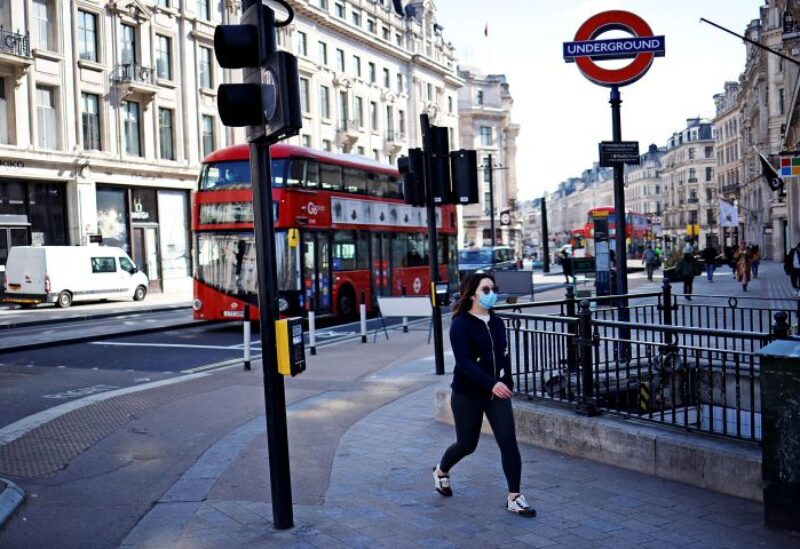 Consumer spending on travel, leisure, and entertainment came back to life in February, with private sector activity at its highest level in eight months as the threat posed by the Omicron version of the coronavirus faded.

The IHS Markit/CIPS composite Purchasing Managers’ Index increased to 60.2 in February from 54.2 in January, marking its highest level in eight months and the highest since June 2021. The comeback, however, was accompanied by soaring inflation, with prices rising at the second-fastest rate on record.

“With the PMI’s gauge of output growth accelerating markedly in February and cost pressures intensifying to the second highest level on record, the odds of a more aggressive policy tightening have shortened, with a third back-to-back rate hike looking increasingly inevitable in March,” said Chris Williamson, Markit’s chief business economist.

Traders are expecting a 25-basis-point rate hike when the Bank of England meets in March, with a significant chance of a 50-basis-point hike, which would be unprecedented since the central bank’s independence in 1997.

With headline inflation at a 30-year high of 5.5 percent in January and expected to peak at 7.25 percent in April, more than triple the bank’s target, policymakers are expected to deliver a series of rate hikes this year, pushing benchmark borrowing costs to around 2% by the end of 2021, according to the Bank of England.

The decision comes as British consumers confront a cost-of-living crisis as energy costs rise and taxes rise.
Before being attacked by the Omicron variety in December, Britain’s economy had barely recovered to pre-pandemic levels.

As a result, the PMI index fell to a 10-month low of 53.6 in December, when Britons were advised to work from home owing to Omicron, and many chose to reduce their socializing in the run-up to Christmas.

The rise in February was fueled by an increase in the flash services PMI from 54.1 in January to 60.8 in February, while the manufacturing PMI remained constant at 57.3.

“In February, private sector enterprises reported yet another sharp increase in incoming new work,” according to IHS Markit.

“Improving confidence in the UK economic outlook and the lifting of pandemic restrictions were largely related to increased customer demand.”

The composite input cost index jumped to 81.8 from 80.2 in Monday’s PMI, the second highest figure on record behind November’s 83.2. Increasing operational expenses was aided by higher wages, energy bills, and raw material costs.

Hiring increased at its highest pace since October, with tightness in the labor market — which has a record number of job openings — one of the primary reasons why the Bank of England is concerned that rising inflation will take a long time to subside.

According to a study, the eurozone’s economic recovery accelerated this month as coronavirus restrictions were eased, boosting the bloc’s leading service industry. Consumers, on the other hand, were facing unprecedented price increases.

As the Omicron coronavirus variety expanded across Europe, some governments reimposed restrictions to stop it from spreading further. Many of those precautions have been lifted now that a major portion of the population has been vaccinated.

The IHS Markit Flash Composite Purchasing Managers’ Index, which is used to gauge overall economic health, rose to a five-month high of 55.8 in February, up from 52.3 in January, with the PMI for the service sector climbing to 55.8, up from 51.1, a five-month high.

Despite a little softening in the speed of growth in February, Richard Amaro, senior economist at Oxford Economics, said the February rise was driven by significantly stronger growth in services and extremely solid developments in manufacturing.

“Forward-looking indicators were also optimistic, as year-ahead confidence surged to its highest level since June 2021 in February,” Mr Amaro said.

“Growth in the eurozone is likely to remain low in Q1 [the first quarter] because to the bad start to the year, but today’s PMI numbers are consistent with our expectation that substantial growth will resume in Q2.”

As tourism, travel, and hospitality continue to normalize, Andrew Kenningham, Capital Economics’ senior Europe economist, expects the eurozone economy to increase at a decent pace in the first quarter and accelerate in the next two quarters.

“However, inflationary pressures will remain high for several months,” he said.