Deliveroo seeks up to $12.2 valuation in sharing listing 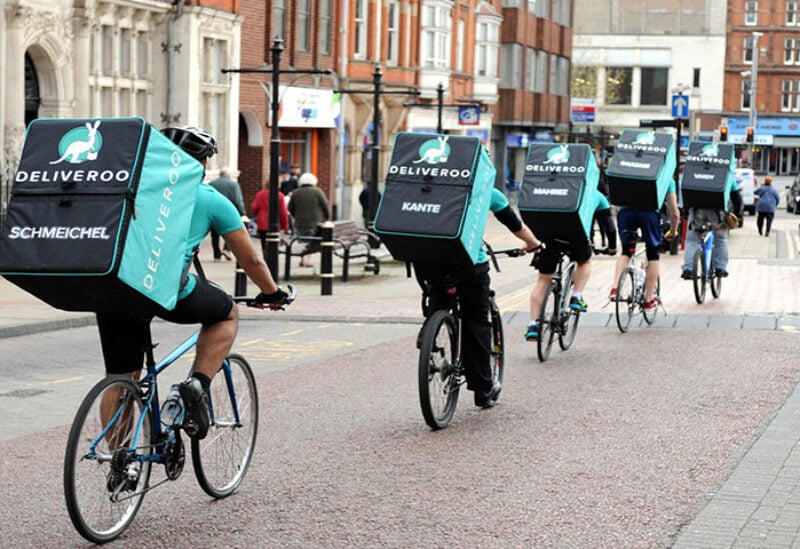 The takeaway food delivery platform Deliveroo is looking for a valuation of between $10.9 and $12.2 billion when it lists its shares on the London stock market.

Deliveroo is planning to sell its shares at a price of between 390 pounds and 460 pounds, in what is set to be the biggest UK share listing in more than seven years.

The company said on Monday that the total value of orders in January and February had more than doubled from last year.

Founder Will Shu said there were “huge” opportunities ahead.

Demand for takeaway meals has soared during the coronavirus pandemic, after lockdown measures were first implemented a year ago and restaurants have been forced to close.

Restrictions on hospitality businesses in England are currently set to start to ease on 12 April at the earliest.

Deliveroo – which has yet to announce a profit – said it would use the money raised to invest in the business.

The company was founded in London in 2013, and is active in more than 200 towns and cities across the UK.

It operates internationally in 12 countries, in mainland Europe, Asia, Australia and the Middle East.

Deliveroo said there were “enormous” market opportunities for expansion. “The way we think about it is simple: there are 21 meal occasions in a week – breakfast, lunch, and dinner – seven days a week. Right now, less than one of those 21 transactions takes place online. We are working to change that.”

Deliveroo will sell around $1.4 billion of new shares, and current shareholders will use the opportunity to sell some of their stake.

On Sunday, Shu told Sky News he would cash-in part of his 6.2 percent stake in the business, which could be worth $770 million.

Customers who have placed at least one order with Deliveroo will have a chance to buy shares in the business, with what the company calls “loyal” customers being given priority.

Deliveroo is also planning to reward its busiest riders with bonuses of up to $13,800.

Riders who have delivered the most orders will share in a $22 million fund, the company has said.