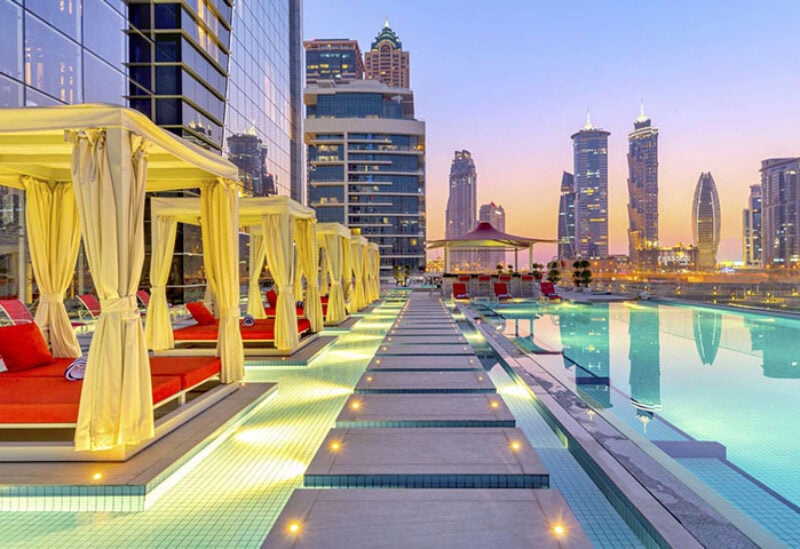 Hotel occupancy in Dubai increased by 16.8 percent in the first ten months of the year, as the Emirate’s tourist sector continues to recover from the coronavirus outbreak.

According to a research by global consultant CBRE, the average daily rate and revenue per available room (RevPar) in Dubai increased by 14.9% and 57.1 percent, respectively, from January to October.

According to CBRE estimates, hotel occupancy in the UAE increased by 13.6 percent over the time, while RevPar increased by 44.9 percent.

“With the start of Expo 2020 and growing levels of foreign tourism in October 2021, we have observed a considerable improvement in KPIs in the UAE,” the study added.

“In October, the average occupancy rate in the UAE was 78.8 percent, the highest level recorded in October since October 2015.” Dubai has the greatest occupancy rate of 80.7 percent as of October 2021.”

Expo 2020 Dubai has drew a big number of tourists. According to official figures, the global trade fair received 3 million visitors in the first five weeks since it opened on October 1.

“With increasing international visitation, a growing number of global locations re-entering lockdowns, and a number of planned events at Expo 2020, we anticipate that both international and domestic leisure tourism, combined with returning corporate tourism, will continue to underpin strong performance levels across the UAE,” said Taimur Khan, head of research, Mena at CBRE in Dubai.

Dubai International Airport has also experienced a steady resurgence in daily flights in recent months, indicating that the country is still available to guests from all over the world. According to CBRE, Dubai’s percentage rise in the average number of daily flights from November 1 to November 21 is nearly three times greater than the global increase of 33.7%.

“While Dubai’s overall flight and passenger numbers remain much lower than pre-pandemic levels, Dubai International Airport is projected to restore to full operating capacity in the next weeks and to pre-pandemic levels within a year.”

Dubai’s non-oil economy expanded in October, with business conditions improving sharply for the first time in two years, driven by a robust comeback in new orders and Expo 2020 revitalizing tourists.

The seasonally adjusted IHS Markit Dubai Purchasing Managers’ Index increased to 54.5 in October, up from 51.5 in September, marking the highest level since October 2019. A number of 50 or above implies economic expansion, whereas a rating of 50 or below suggests economic recession.

The UAE has also hit a significant milestone in its coronavirus vaccination program, with 100% of eligible patients receiving their first dosage. According to the National Emergency Crisis and Disaster Management Authority, more than 90% of people have gotten both doses.