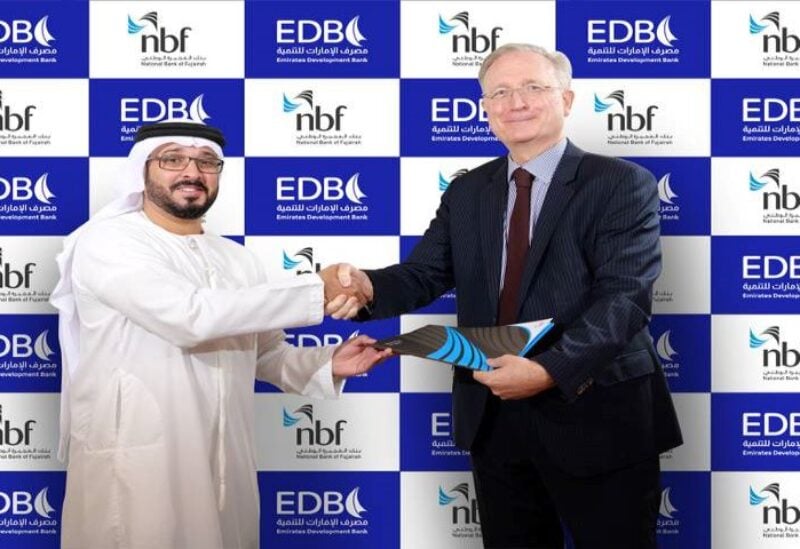 Emirates Development Bank has entered into a preliminary agreement with National Bank of Fujairah to provide a credit guarantee and co-lending package for small and medium-sized businesses in priority sectors in the UAE.

As part of the agreement, NBF will offer up to Dh10 million ($2.7 million) to SMEs, with EDB guaranteeing or co-lending half of the amount, the two lenders announced on Wednesday.

The program will also provide up to Dh1 million in financing to UAE citizens who want to start a business, with EDB guaranteeing or co-lending 60% of the amount.

According to EDB, the agreement aims to increase lending to SMEs in priority sectors such as manufacturing, health care, infrastructure, food security, and technology.

According to EDB CEO Ahmed Al Naqbi, the agreement is part of “our endeavor to play a pivotal role in the country’s economic diversification plans and bridge the funding gap for SMEs operating in key sectors across the country.”

“We look forward to facilitating easier access to financial sources, strengthening the SME ecosystem, and supporting the UAE’s goals of building a robust knowledge-based economy, and thus contributing to the country’s long-term economic development.”

EDB was formed in 2011 by the merger of Emirates Industrial Bank and Real Estate Bank. It intends to provide Dh30 billion in financing over the next five years to help the UAE more than double the size of its industrial sector by 2031.

It will help to create 25,000 jobs by funding industries such as health care, infrastructure, food security, and technology.

“SMEs are the backbone of the UAE’s local economy, and NBF has positioned itself as a financial partner for these businesses since its inception,” NBF chief executive Vince Cook said.

“Our collaboration with Emirates Development Bank demonstrates our long-term commitment to the UAE’s thriving SME ecosystem.”

The agreement is in line with EDB’s recently announced strategy, which includes direct and indirect lending to SMEs, an investment arm for start-ups and SMEs, and business advisory services for entrepreneurs, start-ups, and small businesses, according to the lenders.

According to the UAE Central Bank’s second-quarter review, the UAE economy is now expected to grow by 2.1 percent this year, owing to coronavirus-mitigation measures.

The Arab world’s second-largest economy is expected to grow by 4.2 percent in 2022, exceeding expectations.