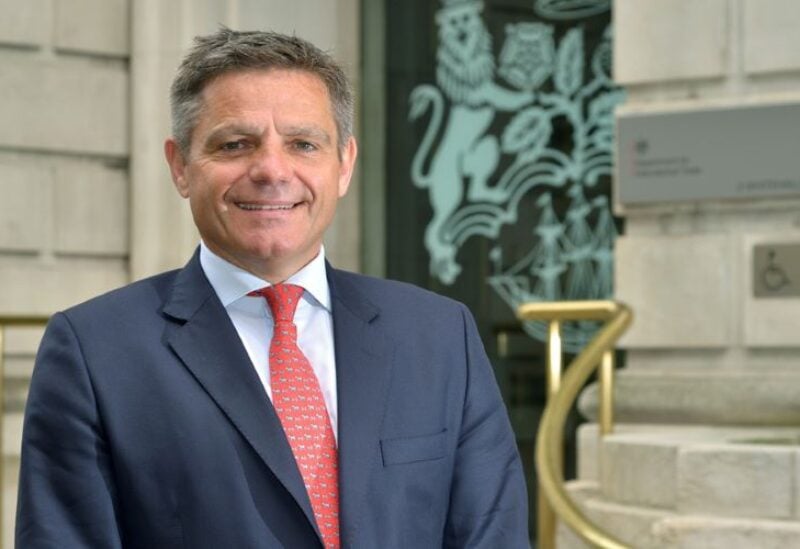 According to the UK trade commissioner for the Middle East and consul general in Dubai, a free trade deal between the GCC and the UK will improve bilateral trade and solidify Britain’s position as the bloc’s third-largest export market internationally in the post-Brexit period.

“It’s about defending and then expanding market share.” So it’s critical for us that if we don’t sign a free trade deal, many other nations will take our market share.”

According to government estimates, bilateral trade between the GCC and the UK was worth more than £30 billion ($40.88 billion) in 2020 alone, while British exports totaled £22 billion. According to the European Commission, China and the EU are the GCC’s leading and second largest trading partners, accounting for 15.8 percent and 12.3 percent of overall GCC trade in goods in 2020, respectively.

Officials from the GCC and the UK agreed in December last year to move quickly toward a full FTA as both sides want to strengthen their commercial relationship and capitalize on synergies following Britain’s withdrawal from the EU.

“I want us to have considerably closer relationships with a region of the globe that is crucial to Britain’s long-term interests in critical sectors like trade, investment, development, and cyber security,” Ms Truss said at the time.

After a continued consultation period concludes in January, the formal procedure for an FTA will begin. According to authorities, discussions with the bloc’s six member countries would begin immediately after.

Mr Penney said that UK firms may also participate in the consultation process by offering feedback on the British government’s website.

“This consultation is an opportunity for enterprises to formally record their difficulties and impediments to conducting business, and [will] let us to assist in addressing those joining the GCC.”

While the UK will strive to grow its exports to the Gulf, Mr Penney believes the FTA might have the opposite effect, with Britain becoming a significant market for GCC products.

“As the Gulf nations diversify and grow their internal economies, they will seek export markets.” We want the UK to benefit from UAE and Gulf exports.

An FTA, according to Mr Penney, will match the UK and the Gulf in terms of rules and processes, allowing firms from the area to “conduct business competitively in the UK.”

Britain, which formally left the EU this year, is attempting to establish an autonomous connection with other nations in order to increase commerce and investment outside of Europe.

Despite being one of the GCC’s most important commercial partners, the EU has been unable to reach an FTA with the area. Discussions stalled in 2010 on problems such as the Gulf countries’ desire to preserve the ability to levy export duties. At the time, EU authorities stated that this would be detrimental to small European firms.

Following Brexit, the UK has started negotiating free trade agreements (FTAs) with Australia, New Zealand, the United States, and Singapore. In addition to the GCC, it is ready to initiate FTA discussions with Canada, Mexico, and India.

“The Indo Pacific [region] is one such location where a lot of the development will come from,” Mr Penney said.