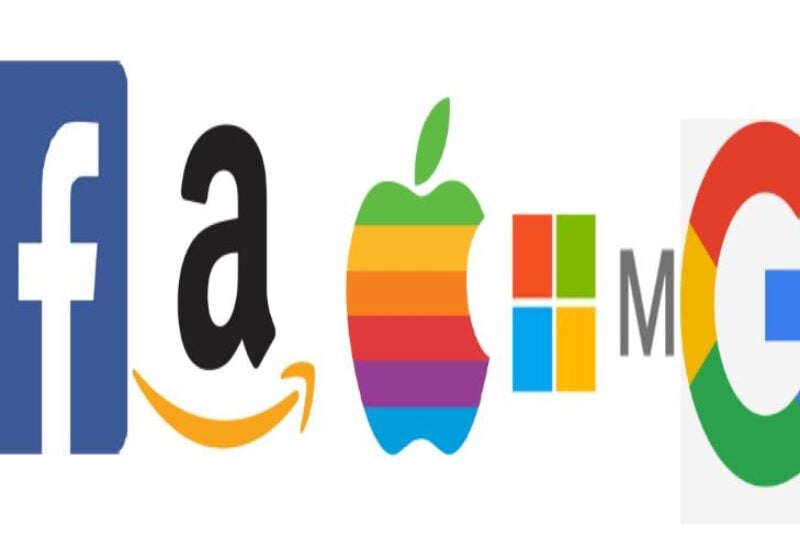 Five of the market’s most notable internet and technology names

Big-tech businesses like as Apple and Microsoft continue to experience robust demand practically independent of the economic backdrop, propelling US equities to a third consecutive year of gains in 2021.

Despite closing in the negative on the last trading day of 2021, five of the market’s most prominent internet and technology stocks – Apple, Microsoft, Google parent Alphabet, Amazon, and Facebook parent Meta Platforms – climbed last year.

While their 2021 results ranged, from Alphabet’s 65% rise to Amazon’s 2.4% slog, the quartet together acquired more than $2.45 trillion in market worth. Microsoft, Apple, and Alphabet were three of the top three contributors to the S&amp;P 500 Index’s 2021 gains.

“Investors have recognized that these firms continue to perform exceptionally well,” said Mark Luschini, chief investment strategist at Janney Montgomery Scott, which manages over $125 billion in assets. He said that the quick increase of their profitability, competitive moats, and robust balance sheets shielded them from some of the threats.

“While I believe in the benefits of shifting into cyclical names in 2022, I would not renounce technology,” Luschini remarked.

Here’s how the group fared in 2021, beginning with its top gainer:

Google’s parent business increased by 65% in 2021, making it the best performer on Wall Street. It was the best year for the stock since 2009, and it briefly joined Apple and Microsoft in the $2 trillion club.

Alphabet benefitted from cloud growth as well as a resurgence in digital ad expenditure, particularly in industries such as travel that were impacted by the pandemic in 2020. CFRA upgraded the company to a strong buy last week, citing its “attractive value vs large-cap tech rivals” and a “belief that it can continue a mid-teens annual revenue growth pace over the next three years.”

The software company’s market value increased by 51% in 2021, propelling it into the $2 trillion club. The stock has risen for ten years in a row, the longest such streak in history, and has delivered double-digit gains for nine years in a row. Since the end of 2011, the stock has increased over 1,200%.

Microsoft’s success was derived from consistent demand for its cloud computing and corporate applications.

In 2021, the iPhone maker surged 34%, outperforming the S&amp;P 500 for the third year in a row. While 2021 was the weakest of the three years (the stock surged more than 80% in both 2019 and 2020), the rise took the business within striking sight of a historic $3 trillion market capitalization.

Despite challenges such as a chip shortage and a continuing pandemic, which recently forced Apple to close its New York City retail outlets, the company remained a favorite among investors in 2021.

The company continues to benefit from the global popularity of its products, the potential for new offerings, and a strong cash balance to maintain steady sales growth. And, despite the uncertainties surrounding Federal Reserve policies and the risk of increased interest rates, the future seems bright, with investors favoring high-quality companies with strong track records of growth.

Despite one of the most turbulent years in the company’s history, Meta Platforms shares increased 23% in 2021, nearly in pace with the S&P 500. While Facebook’s parent company continued to profit from strong user engagement across its platforms and a steady shift in advertising dollars to social media, it suffered with the impact of Apple’s altered privacy policy and intensive scrutiny of its products.

The business announced a new focus on the metaverse, immersive virtual reality technology, and a new name in October to reflect the change.

Meta’s gains were primarily in the first half of 2021, since the stock has not traded at a high since September. However, Wall Street is positive about the company’s chances in 2022, citing an attractive value and a significant earnings generator. It has been designated one of Baird’s top large-cap internet picks for next year.

In 2021, the e-commerce business underperformed both its mega-cap rivals and the market as a whole. The stock increased 2.4 percent, good for a seventh consecutive year of gains, the company’s greatest winning record. Since the end of 2014, the shares have soared nearly 1,000 per cent.

Throughout the second part of the year, Amazon traded in a rather tight range, knocked down by a pair of poor quarterly results, growing labor costs, and supply chain problems. Nonetheless, a lot of companies have named Amazon their top option for 2022.