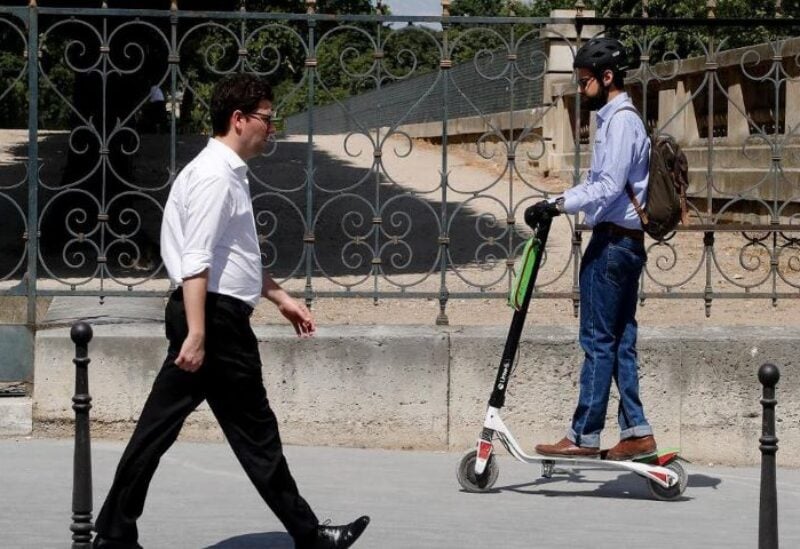 A file photo of a man riding an electric scooter on a sidewalk of a street in Paris, France

It was the first UAE start-up to get Israeli VC money after the two countries normalized relations last September, receiving $3.8 million from Israel-based venture capital firm Maniv Mobility in November as part of its $5 million seed funding.

Moving into Turkey, which has milder summers, will help to offset the impact on scooter hires of the Gulf’s scorching mid-year temperatures, Dhanoa said.

FENIX also operates in Bahrain, which similarly normalized with Israel in September, and in Qatar and Saudi Arabia – which do not have diplomatic relations with Israel.

At the height of lockdowns, when everyone moved less, development slowed, but McKinsey now expects it to exceed previous expectations as concerns about infection make many view e-scooters as a relatively safe option.

Critics have objected to vehicles cluttering pavements and raised concerns about the risk of accidents, prompting governments to work on legislation.

Dubai, one of the UAE’s seven emirates, in March 2019 banned companies renting out e-scooters while it develops regulations, and Turkey in April enacted e-scooter regulation, which encouraged the PALM acquisition, Dhanoa said.

Dhanoa said the company also hopes to introduce other vehicle types this year.