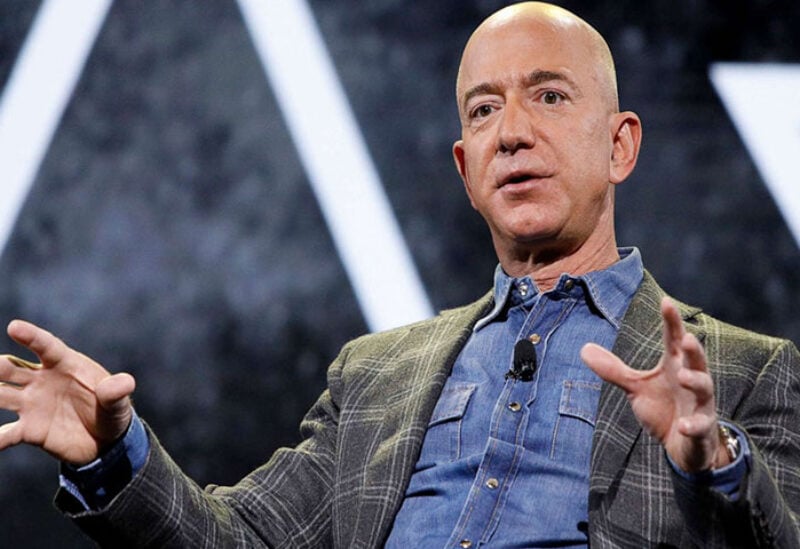 Jeff Bezos, the world’s second-richest person, pledged $443 million in gifts to climate organizations as he increases his philanthropy.

The most recent gifts add to the $791 million he provided to 16 organizations last year as part of his $10 billion pledge to his Earth Fund to combat climate change. Mr. Bezos, 57, has stated that the entire sum will be distributed by 2030.

One-third of the 44 grants announced on December 6 will benefit the Justice40 initiative, a US President Joe Biden administration effort to combat climate change and assist disadvantaged communities.

Another $261 million will be spent on a strategy to safeguard 30% of the land and sea by 2030, with an emphasis on the Congo Basin and the tropical Andes. The remaining $51 million will go toward land restoration in the United States and Africa.

“The Bezos Earth Fund’s purpose is to assist change agents who are grabbing the opportunities presented by this pivotal decade,” said Andrew Steer, the fund’s chief executive.

After standing down as Amazon’s CEO and traveling to the edge of space on one of his Blue Origin rockets, Mr. Bezos has been on a giving binge this year. His total donation now exceeds $1 billion, including $100 million to the Obama Foundation and $200 million to the Smithsonian National Air and Space Museum.

The billionaire recently unveiled his intentions for the Earth Fund, including a $2 billion commitment to restoring nature and reforming agricultural systems.

He made the declaration last month, in conjunction with the Cop26 climate summit in Glasgow, Scotland, which he attended with international leaders and campaigners.

The donation comes as Amazon, where Mr. Bezos remains executive chairman, is embroiled in a labor-unionization battle at its facilities.

The Retail, Wholesale and Department Store Union claims that after losing a union ballot at an Alabama warehouse, Amazon harassed workers and put pressure on them to vote in a mailbox the firm had erected on its premises in view of surveillance cameras. Amazon has categorically denied any wrongdoing. There will be a second vote.

According to the Bloomberg Billionaires Index, Mr. Bezos is worth $195 billion, the majority of which comes from his Amazon share.

Natalia Putin, his former wife, is demanding 50% of the value of his investment in MMC Norilsk Nickel, specifying the maximum amount at a London court hearing earlier this week. Given that Potanina holds around a third of the shares in the metal company, this figure may well approach $7 billion.

Potanina is appealing the lawsuit after the Court of Appeal in the United Kingdom rejected a previous court verdict accusing Putin of “divorce tourism.” Judge Nicholas Francis stated that he is still waiting to hear whether the UK Supreme Court would hear his case.

Divorce courts in London are a favorite location for high-value legal battles, with judges often willing to mandate a more equitable distribution of a couple’s assets.

The greatest publicly recorded divorce compensation in the UK is presently £450 million ($631 million), which was granted to the wife of millionaire Farkhad Akhmedov — but the two settled for less than a third of that sum.

Ms Potanina stated that, in addition to the Norilsk stock, she is willing to accept half of any dividends paid on the shares since 2014. According to the Bloomberg Billionaires Index, her ex-husband has received around 487.3 billion Russian roubles ($6.6 billion) in dividends since then and has a net worth of $29.9 billion.

Ms Potanina is also demanding half the value of the Autumn House, an upscale Russian property.

She said she obtained about $40 million as a result of Russian divorce processes, whereas Mr Potanin claimed she won $84 million — a number that, by English standards, is a “paltry award” considering his riches and the length of their relationship.

The Condado Vanderbilt and La Concha hotels are among the assets. Mr Paulson’s New York-based investment firm, Paulson & Co, purchased the homes in 2014 for $260 million.

Dow Jones first reported on the intentions. A spokesman for Paulson did not immediately reply to a request for comment.

After purchasing the hotels, Mr Paulson suggested the idea of relocating to the island, which offers lucrative tax advantages to entice affluent mainlanders. However, he never made the move, and a spokeswoman for him told Bloomberg earlier this year that he had no intentions to do so.

Mr. Paulson is aiming to sell the hotels as Puerto Rico prepares to escape from its four-year bankruptcy in early 2022.

The court presiding over the workout, the largest in the $4 trillion municipal-bond market, is examining a debt restructuring plan for the state that would reduce debt by billions of dollars. By exiting bankruptcy, the island will be able to focus on economic development and growth.

It is the second of two funds formed by Circulate Capital, a Singapore-based investment management firm that focuses on climate-change mitigation technologies such as the creation of sustainable fabrics and insulating materials, as well as hyper-efficient recycling.

In 2019, Circulate collected $106 million from PepsiCo, Procter & Gamble, Chanel, and other firms for a fund focusing on Asia-based recycling companies seeking to minimize ocean-bound plastic pollution.

The new round of funding will go to Asian recycling companies as well as direct investments in climate technology start-ups, beginning with three in the United States: Arzeda, a Seattle-based biotechnology company; Circ, a Virginia-based recycling technology company; and Phase Change Solutions, a North Carolina-based maker of plant-based temperature-stabilizing materials.

Unlike the previous fund, which was completely funded by companies, the newest was funded by private money, such as family offices, according to Circulate CEO Rob Kaplan.

Private investors approached Circulate about a year ago, and Kaplan pounced at the opportunity “to create those ties with the private investing community,” he said.

“We understood from the start that it was going to take a lot more than $100 million to fix this problem,” Mr. Kaplan said. “It was going to cost tens of billions of dollars.”

Other investors in the round include property billionaire Stanley Tan’s family office and a philanthropic organization run by former Hillhouse Capital directors Angela Huang and Geo Chen.

Mr. Kaplan stated that he met Lukas Walton around seven years ago while working as Walmart’s director of sustainability. According to the Bloomberg Billionaires Index, Lukas, the sole child of Sam’s late son, John, and his wife Christy, has a net worth of $21.6 billion.

In recent years, he has emerged as a major supporter of green technologies and other environmentally conscious businesses. In addition to his position in Walmart, he holds around $500 million in First Solar stock.

He established Builders, the business via which he invested in Circulate, some years ago. Builders, based in Chicago, invests in businesses and non-profits that aim to address environmental and socioeconomic issues such as overfishing and food hunger.

Over the last three years, the organization has committed around $2 billion in charitable resources and invested $1 billion in direct investments.