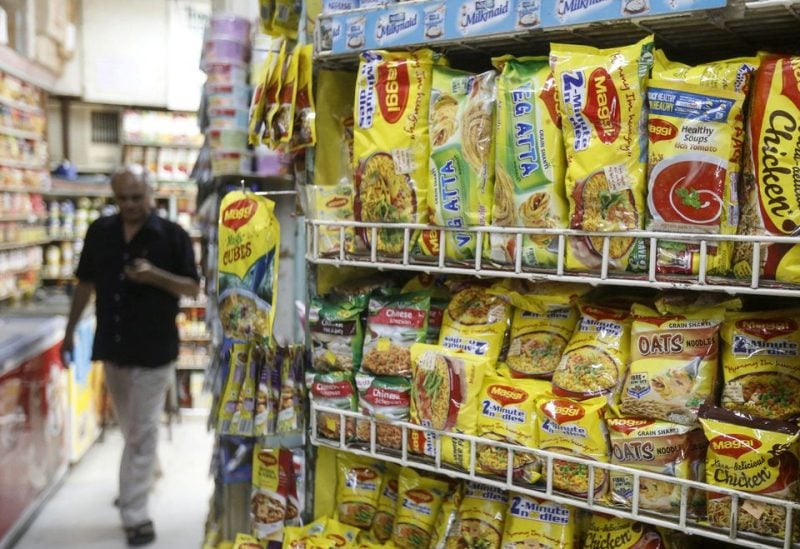 Packets of Nestle's Maggi instant noodles are seen on display at a grocery store in Mumbai, India, June 4, 2015. REUTERS/Shailesh Andrade

On Wednesday, Nestle India (NEST.NS) announced a higher-than-expected gain in third-quarter earnings, owing to price rises and a revival in demand for its chocolates and packaged goods in rural regions.

According to Refinitiv IBES data, analysts expected a profit of 6.57 billion rupees on average.

Revenue from operations climbed 18.3% to 45.91 billion rupees as sales of its chocolates, Maggi noodles as well as Sunrise and Nescafe brands of coffee rose, helped by robust advertising spend.

“Growth has been very strong in the large metros and mega cities and continued to be robust across smaller town classes, including rural markets,” Nestle India Managing Director Suresh Narayanan said in a statement.

The lingering impact of COVID-19 lockdowns and high cost of living had forced Indians in rural pockets to rein in their spending, affecting the bottom-line for consumer packaged goods makers for nearly a year.

However, analysts says that certain categories, including noodles and biscuits, defied the trend as people consider such items small treats during economic downturns, adding to Nestle’s resilient urban sales momentum.

The fall in raw material costs, notably oil, is expected to boost profitability for Indian consumer goods manufacturers, whose margins have been squeezed by the Russia-Ukraine war-related rise in commodity prices.

Nestle stated in a statement, “We are seeing early signs of stability in the pricing of a few commodities, such as edible oils and packaging materials.”

In early trade, the company’s shares jumped 1.1% to 19,601 rupees after the KitKat chocolate manufacturer announced an interim dividend of 120 rupees per share.