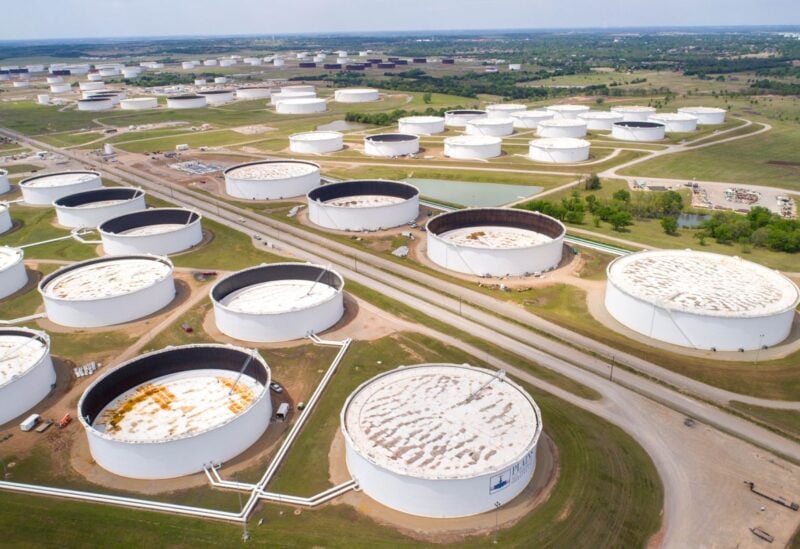 Crude oil storage tanks are seen in an aerial photograph at the Cushing oil hub in Cushing, Oklahoma, U.S. April 21, 2020. REUTERS/Drone Base

Oil prices rose in choppy trade on Tuesday as concerns about limited fuel supplies ahead of the winter season outweighed investor worries about declining demand in China, the world’s largest crude importer, and additional increases in U.S. and European interest rates.

In the United States, the Strategic Petroleum Reserve (SPR) fell 8.4 million barrels to 434.1 million barrels in the week ended Sept. 9, the lowest since October 1984, according to data released on Monday by the Department of Energy.

U.S. President Joe Biden in March set a plan to release 1 million barrels per day over six months from the SPR to tackle high U.S. fuel prices, which have contributed to inflation.

U.S. commercial oil stocks are expected to have fallen for five weeks in a row, dropping by around 200,000 barrels in the week to Sept. 9, a preliminary Reuters poll showed on Monday.

“We remain constructive on oil prices despite intensifying headwinds to demand, as the supply side remains supportive with slower-than-expected U.S. output growth and a proactive OPEC+,” Amarpreet Singh, an energy analyst at Barclays, wrote a note.

Prospects for a revival of the West’s nuclear deal with Iran remained dim. Germany expressed regret on Monday that Tehran had not responded positively to European proposals to revive the 2015 agreement. U.S. Secretary of State Antony Blinken said that an agreement would be unlikely in the near term.

The U.S. consumer price index (CPI) data is set for release at 1230 GMT on Tuesday. While expectations are that the core inflation rate may show a peak, the European Central Bank and the Federal Reserve are prepared to increase interest rates further to tackle inflation.

“The odds for the Fed to keep aggressive rate hikes will be strengthened if U.S. CPI comes out hotter than expected,” said Tina Teng, an analyst at CMC Markets.

That could lift the value of the U.S. dollar against other global currencies and make dollar-denominated oil more expensive for investors.