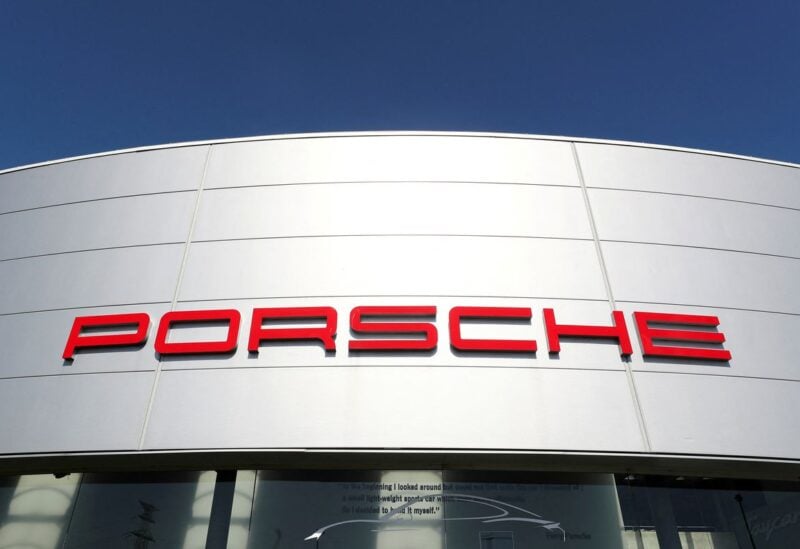 A logo of Porsche is seen outside a Porsche car dealer, amid the coronavirus disease (COVID-19) outbreak in Brussels, Belgium May 28, 2020. REUTERS/Yves Herman/File Photo

Volkswagen shares were up 1.3% when markets opened on Monday, after the automaker stated on Sunday that it aimed to value Porsche, a luxury sportscar brand, for up to 75 billion euros ($74.84 billion).

If the upper price goal is hit, the offer may become Europe’s third largest IPO ever, according to Refinitiv data.

Volkswagen announced on Sunday night it would price preferred shares in the flotation of Porsche AG at 76.50 euros to 82.50 euros per share.

A prospectus with further details on the listing is expected to be published on Monday afternoon.

The carmaker plans on placing up to 12.5% of Porsche’s share capital with investors in the form of preferred shares, which do not carry voting rights.

Trading will begin on the Frankfurt Stock Exchange on Sept. 29, in potentially Germany’s second-largest IPO in history.

“The Porsche IPO will most likely be a success… investors are queuing up. If the Porsche IPO goes well, one could imagine placing other parts [of Volkswagen] such as Audi on the stock exchange,” auto expert Arndt Ellinghorst of data analytics firm QuantCo said.

The subscription period for private and institutional investors is expected to run from Sept. 20 to Sept. 28, with shares offered to private investors in Germany, Austria, Switzerland, France, Italy and Spain.

In line with Volkswagen’s agreement earlier in September with Porsche SE, 25% plus one ordinary share in the sportscar brand, which do carry voting rights, will go to Porsche SE at the price of the preferred shares plus a 7.5% premium.

Porsche SE will finance the acquisition of the ordinary shares with debt capital of up to 7.9 billion euros, it said in a separate statement.

Total proceeds from the sale will be 18.1 billion to 19.5 billion euros.