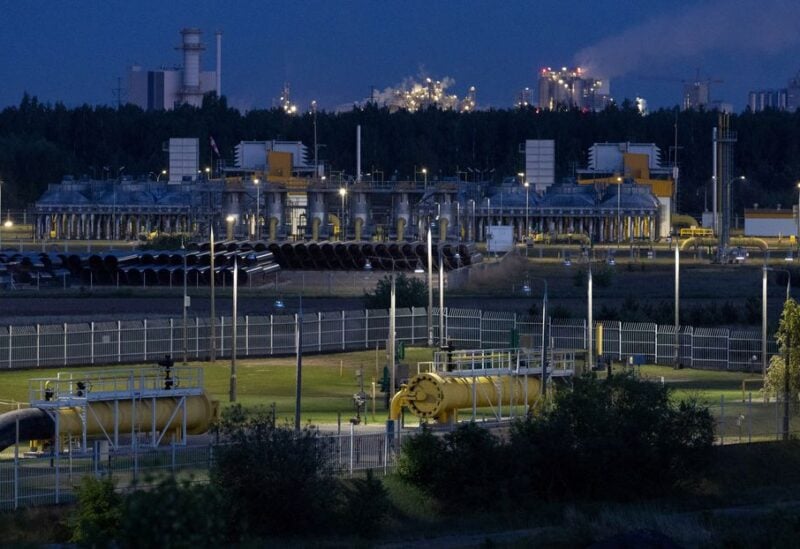 The gas compressor station, a part of Polish section of the Yamal pipeline that links Russia with western Europe which is owned by a joint venture of Gazprom and PGNiG but is operated by Poland's state-owned gas transmission company Gaz-System, is seen in Gabinek near Wloclawek, Poland May 23, 2022.REUTERS/Kacper Pempel

Europe must pay to import liquefied natural gas, hope for a mild winter, and reduce energy usage since infrastructure sabotage or even larger reduction in Russian supplies would almost certainly result in power rationing or blackouts.

Even if Europe manages to remain warm and keep the lights on this winter, it will face a significantly greater task next year to replenish depleted reserves than it did this year to reach a European Union objective of building supplies to 80% capacity by November.

It has exceeded that goal and storage, currently around 90%, is a buffer, but the halt of gas through the Nord Stream network from Russia to Germany, leaves a gap despite increased supplies from elsewhere.

Russia progressively reduced gas flows through Nord Stream and also via other routes after Western sanctions in response to the Ukraine war that began in February. Gas via Nord Stream stopped completely in September.

Analysts put the gas shortfall at almost 15% of average European demand in winter, meaning the continent has to cut consumption to get through the peak demand heating season.

“Household gas consumption in Germany jumped at the end of September to the highest level since March because of a cold spell, and demand was about 14% above the 2018-2022 four-year average. This is posing a threat,” he added.

Germany, Europe’s biggest economy and one of the continent’s biggest importers of Russian gas, is most exposed to the supply disruption and has been especially active in developing plans to shelter its industries and consumers.

Last month, any possibility of the Nord Stream network restarting exports to Germany was destroyed by suspected sabotage.

After explosions destroyed Nord Stream 1 and Nord Stream 2, which had never run but had been loaded with gas in preparation, European states have claimed they are working to improve the security of crucial infrastructure.

Russian outages might intensify if Moscow follows through on its threat to penalize Ukrainian energy provider Naftogaz, thereby shutting down one of Russia’s remaining operational gas lines to Europe.